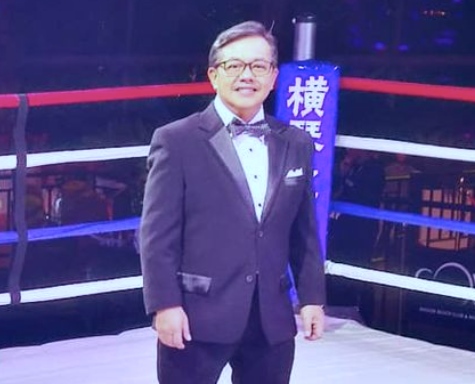 Veteran sportscaster Boyet Sison dies at 58 after undergoing a surgery

Boyet Sison, a veteran sportscaster, died on Saturday, April 16. He was 58 years old at the time.

Since the early 2000s, Sison has hosted a number of television and radio sports programmes, including Hardball on ANC, which he co-hosted with Bill Velasco from 2006 to 2020, and Fastbreak on DZMM from 2007 to 2020. Sison, a former disc jockey, was most recently the host of &quot;Alam N&#39;yo Ba?&quot; on ABS-flagship CBN&#39;s newscast TV Patrol.

How did Boyet Sison’s closed ones reacted to his demise?

Boyet Sison’s death came as a shock to his friends and family. The unexpected death of the sportscaster made many people write about him and express their grief about Sison’s death. A close friend of Sison, Velasco wrote about him in a Facebook post and expressed, “Without you, my brother, comrade, and friend, my life will never be the same. You remained kind throughout all our battles — even with one another.

Boyet, you still saw the good in everyone. That is the thing I shall miss the most.&quot; Sison, who also served as a game broadcaster for other sports, including the Philippine Basketball Association, had been updating his health status on social media. He said he experienced stomach symptoms and was hospitalized to Quezon City&#39;s Delos Santos Medical Center.

Sison appealed for prayers and thanked everyone who sent him &quot;messages of inspiration&quot; and financial assistance in his final Facebook post on Thursday, soon before his operation. &quot;Even when I was new, Papa B, you were always one of the sweetest in the newsroom. You were always so enthusiastic about sports, cuisine, and music.

I recall you telling me about your weekend adventures in the Salcedo Market, and how you&#39;d occasionally sneak in a DJ gig. I&#39;m glad you had the opportunity to show the world more of this side of you before you died, even if it was largely through FB live during the pandemic,&quot; Gretchen Ho, an ABS-CBN personality and former volleyball player, said.