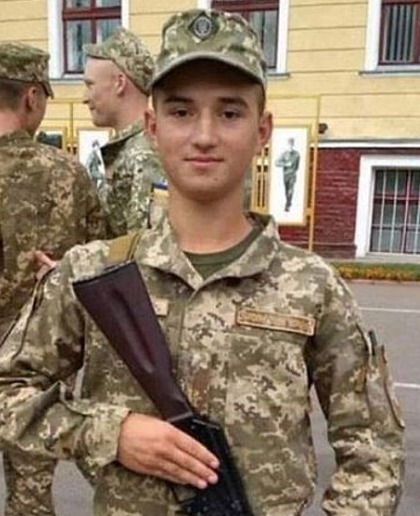 The country and the world of football pay their tribute to the two footballers who did not think twice about fighting for justice and the freedom of their people.

The casualties are ever-increasing in the Russian invasion of Ukraine and now two more famous celebrities have joined the list of hundreds who have laid out their lives to fight against the injustice of Russia. Footballer Dmytro Martynenko, aged 25, and Vitalii Sapylo, aged 21, have laid down their lives while fighting for their nation in the war for their freedom. These two Ukrainian players have sacrificed their lives protecting their nation following Russia’s invasion, according to FIFPRO.

Vitalii Sapylo and Dmytro Martynenko died in the line of duty and were the battle’s first soccer victims, according to the International Federation of Professional Footballers. “Our sympathies are with the families, friends, and teammates of young Ukrainian players Vitalii Sapylo and Dmytro Martynenko, football’s first recorded casualties in this war. May they both rest in peace.” FIFPRO said in a statement.

Vitalii Sapylo, a goalie who once played for Karpaty Lviv’s junior squad in the third division, entered the Ukrainian army as a tank commander but is claimed to have fallen protecting Kyiv last Friday. Upon learning that he had been martyred in combat, his club, Karpaty Lviv, dubbed him a “hero.” The club issued a release announcing his demise, adding, “We honour the eternal memory of this hero.” Vitalii’s father told the press, “Vitalii was a fun-loving boy. It was an airstrike from that damn Putin, he took my child away from me.”

Dmytro Martynenko was killed together with his mother when Russian bombs detonated near his apartment building in the city.

Fierce fighting has erupted this afternoon in Ukraine’s second city, Kharkiv, as Russian troops descended on the town and stormed a hospital, followed by airstrikes on troops, state organizations, and the security forces.

Read Also:- Clair Ablewhite, The Mother Of Three, Found Dead By Her Father