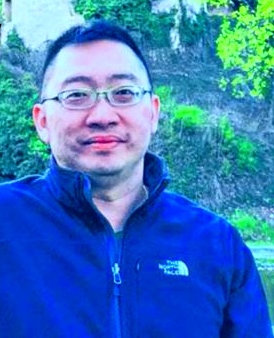 What is Dr. Chan Herng Nieng's background? Ms Serene Tiong has filed a lawsuit against her ex-lover for administering 'addictive' medicines.

Dr. Chan’s putative girlfriend, Ms. Serene Tiong, has levelled serious allegations against him. There is legal activity going on in the district court. Chan’s girlfriend is seeking to sue him in court, alleging that he freely provided her with highly addictive drugs. According to the doctor’s girlfriend, he provided extremely addictive medications to her for anxiety but failed to register her as a patient. In the meantime, she has taken the case to court and is attempting to sue him. On the other hand, this topic has gained traction in order to spread as broadly as possible across social media platforms.

Dr. Chan’s ex-girlfriend said she became addicted to his prescription medicines, which he gave her under the premise of antidepressants. Dr. Chan, she claims, prescribed Xanan, a highly addictive drug with serious side effects like aggressiveness and lethargy. Dr. Chan Herng Nieng is accused of giving her drugs without warning her that they could cause addiction.About Dr. Chan Herng Nieng and his ex-girlfriend:

Dr. Chan’s girlfriend is 43 years old, according to sources, while the doctor is 47 years old at this time. The trial was set for Tuesday, April 19, 2022, in which she alleged that he caused her unspecified harm. Dr. Chan’s girlfriend’s lawyer testified in court that his client was more vulnerable since she was in a relationship with the doctor and blindly trusted him. Ms. Tiong also suffered an emotional and spectacular mental breakdown, according to the lawyer, when she came across Dr. Chan’s WhatsApp communication with his surgeon friend Julian Ong.

Dr. Chan had a conversation with his surgeon friend, according to Ms. Tiong’s lawyer, in which the two men boasted about Dr. Chan’s sexual relationship with Ms. Tiong. In response, Dr. Chan’s lawyer, Ms. Rebecca Chew, refuted all of the claims with counter-responses. Following the next hearing, further information will be released.