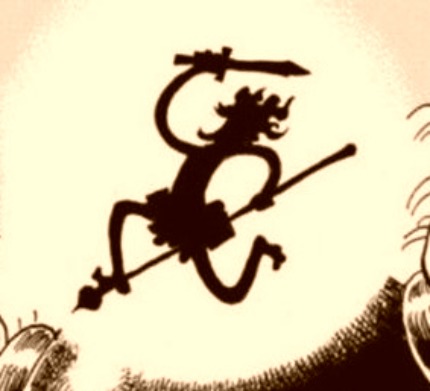 Who is Nika from One Piece

Eiichiro Oda’s adventurous tale spanning over a thousand chapters is still hitting its peak in the latest upcoming chapter of the series.

Warning: This article contains major spoilers from the One Piece manga.

Nika is a character that was hinted at in the One Piece manga not too long ago, although he is now one of the most essential parts of the story.  In the Onigashima Raid from the Wano arc, this legendary character is referenced in chapter 1018 of the manga. Nika, the Sun God, was highly regarded in the ancient city of One Piece. The One Piece manga clearly enjoys messing with the themes of folklore and mythos. With so much going on, it’s a fascinating world that we will be discussing today.

Until the Wano arc of the manga, Nika was not directly referenced in the tale for 1017 chapters. Even back then, nothing was understood about this character.  On March 13th, the internet went berserk over the final page of chapter 1043 of the One Piece manga, which teased something unexpected occurring to Luffy’s body following his fight with Kaidou. Now following a brief break, the release of chapter 1043 on March 13th, the One Piece manga story is supposed to return this week with the mystery of what happened to Luffy and who really is the Sun God Nika.

Who’s Who was sentenced to jail 13 years ago for failing to protect the Gomu Gomu no Mi devil fruit. He took sanctuary in Nika the Sun God, who had been regarded a messiah character by the slave community. The World Government ultimately got rid of the guard who informed him about it. Jinbei was questioned by Who’s Who if the fishmen island had any ties to Nika. Jinbei was so upset by the overtones of slave ownership that he chose to kill the former CP9 agent rather. Considering that his past pirate group made significant use of the sun theme, it’s unclear if Jinbei is completely aware of the Sun God.

Despite the fact that One Piece chapter 1044 is still a few days away from being released globally, the manga story has already been booming online due to leaked spoilers. The initial revelations came from Twitter user OPspoiler, who revealed that chapter 1044’s title will be “Liberation Warrior.” However, Luffy has completely awoken his strength after awakening the devil fruit inside himself; he is already in his Gear 5 form in the upcoming chapter.

Read Also – DeJesus brothers were in prison, now finally have been set free