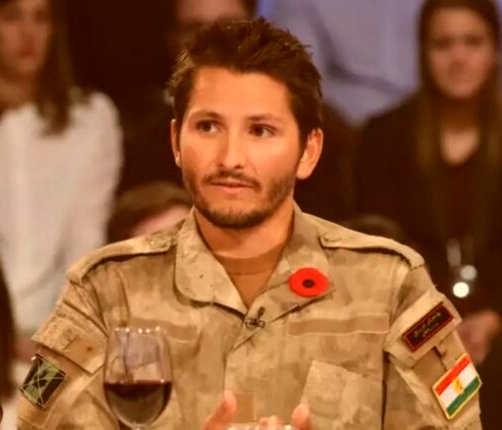 Who is Wali, the Canadian Sniper dead as reports claim_

Rumours are circulating on social media that Wali, a well-known Canadian sniper who just joined the Ukraine war effort, has died as a result of fighting in Mariupol.

Know about the Spiner.

Wali is a computer programmer in the Canadian Army who is also French-Canadian. He was a member of the Royal 22e Regiment and served in Afghanistan from 2009 to 2011. While serving as a sharpshooter in Afghanistan, he earned the nickname ‘Wali,’ which means ‘guardian’ in Arabic. According to the Independent reports, he also travelled to Iraq in 2015 as a volunteer foreign fighter to assist Kurdish troops in their fight against ISIS.

The Sniper had arrived in Ukraine on March 9 after the Ukrainian President called out for volunteers to help them fight against Russia and combat the invasion. Wali left Canada to help the Ukrainians and said it to be the hardest part as he had to miss his son’s first birthday and leave his family. On the other hand, he also expressed his views on helping Ukraine while talking to a media outlet. He said, “The (Ukrainian people) were so happy to have us. It’s like we were friends right away. I want to help them. It’s as simple as that. I have to help because there are people here being bombarded just because they want to be European and not Russian.”

The news of the death of Wali was announced through the Twitter handle of the Pro-Putin account namely Russia Informa where they addressed the fighter as “the world’s deadliest sniper” and claimed him to be dead within 20 minutes of his joining by the Russian force.

However, there is no such confirmation of the news from the other side.

The news of the death of the Sniper is not yet confirmed and we do not have any official information about the same. It is said that the news is mere rumours spread over the internet and some Twitter handles claim the news to not be true and say it be a Russian propaganda.