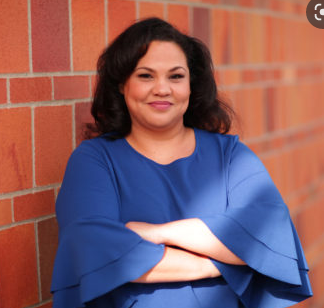 Who Killed Tanisha Harris? Her Husband is convicted of her murder

A former Church elder who is a resident of overland park man is convicted of murdering his wife Tanisha Harris.  A Jhonson county jury has reached the conclusion that the Husband killed his wife.

The husband intentionally with a plan killed his wife. Robert lee Harris is convicted on the charges of first-degree attempt murder in the case of Tanisha Harris.

Overland Park police arrived at the flat of the couple on January 9, 2018, there have been reports of arguments and fight among the couple. police had some discussion with the couple and the police returned. Only a few hours later the husband called the police and told them he can’t find his wife. Later during the investigation, it was revealed that the husband was behind the disappearance of his wife Tanisha Harris.

Robert Lee Harris confessed to the murder of their wife Tanisha Harris:

Court documents show that Lee confessed that he planned the disappearance of his wife. After some thorough investigation, the police were able to find the location of the body. Tanisha Harr’s body was only 20 miles away in Raymore, Mo., around 2:17 a.m. Jan. 11, 2018, near 163rd and Kentucky.

the husband was tried for the murder of the wife, eventually turning the case into Homicide.

Harris was an elder at Repairers of The Breach Christian Center in South Kansas City.

A judge will decide the sentence in November, until then the convicted will be held in jail.

Could Tanisha Harris be saved?

If the police had taken the husband away that night, he might be less angry in the morning and he might have spared us. Robert Lee Harris has still not disclosed the reason why he killed his wife. There is a possibility that the husband has been holding grudges for a long time. It was a planned murder so it is clear there is some history of cheating, lying, and betraying. Usually, man don’t kill their wife unless the reason is too big and that  makes them go crazy

Tanisha Harris was reported missing on Jan. 8, 2018, after she left her job at an Overland Park bank for lunch and never returned.

Her mortal remains were found inside a black garbage bag in a Cass County field the next day.