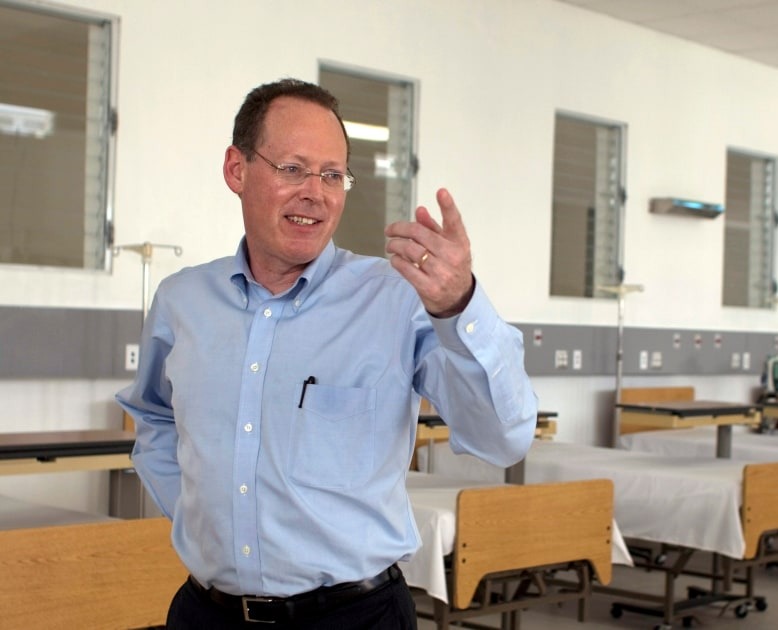 Who was Dr. Paul Farmer

Dr. Paul Farmer, a global health advocate, anthropologist, and co-founder of the non-profit health organization Partners in Health, died at 62. In a Monday tweet, PIH announced his demise. According to the Boston-based group, Farmer died abruptly in his sleep from an acute cardiac episode while teaching in Rwanda, which called his death “devastating.”

Why was he popular:

The Farmer was the director of Brigham and Women’s Hospital’s Division of Global Health Equity and a professor of medicine at Harvard Medical School. Partners in Health reports that he published a lot about Health, human rights, and social inequalities. The Farmer was well-known for his attempts to help low-income countries with health care. He was awarded an M.D. and a Ph.D. in anthropology from Harvard University after graduating from Duke University in 1982. He has written several books, including In the Company of the Poor: Conversations with Dr. Paul Farmer and Fr. Gustavo Gutiérrez, Reimagining Global Health: An Introduction, and Repair the World: Paul Farmer Speaks to the Next Generation. His most recent book, Fevers, Feuds, and Diamonds: Ebola and the Ravages of History, was published in November 2020. Farmer co-founded Partners in Health in Haiti in 1987 to provide high-quality care to patients from low-income families and those who live far away from medical facilities.

Over the next three decades, PIH grew to include countries in Africa and Latin America and Russia, and the United States’ Navajo Nation. The US Centers for Disease Control and Prevention director, Dr. Rochelle Walensky, said on Twitter: “Paul Farmer, a friend, mentor, and visionary for global public health, has passed away, and I am heartbroken. As a result of his investments in public health infrastructure, direct treatment, and unselfish teaching of others to do the same, many lives have been saved.”

During the pandemic, Farmer realized that the U.S. public health system lacked the personnel needed to conduct effective contact tracing and halt Covid-19 from spreading. In his contact tracing efforts, he collaborated with Massachusetts to increase its workforce, including the Navajo Nation and Mexico.

Partners In Health announced that its founder, Dr. Paul Farmer, unexpectedly passed away today in his sleep while in Rwanda.

Dr. Farmer was 62 years old. He is survived by his wife, Didi Bertrand Farmer, and their three children.

Loss of a gem:

His wife, Didi Bertrand Farmer, and three children survived the Farmer. He was an infectious disease specialist as well as medical anthropology. In a statement, Dr. Sheila Davis, the CEO of Partners in Health, said, “Although Paul Farmer’s death is tragic, his vision for the world will be carried on by Partners in Health. All people around Paul learned the importance of accompaniment, love, and solidarity from Paul. His wife and three children have our heartfelt condolences.”