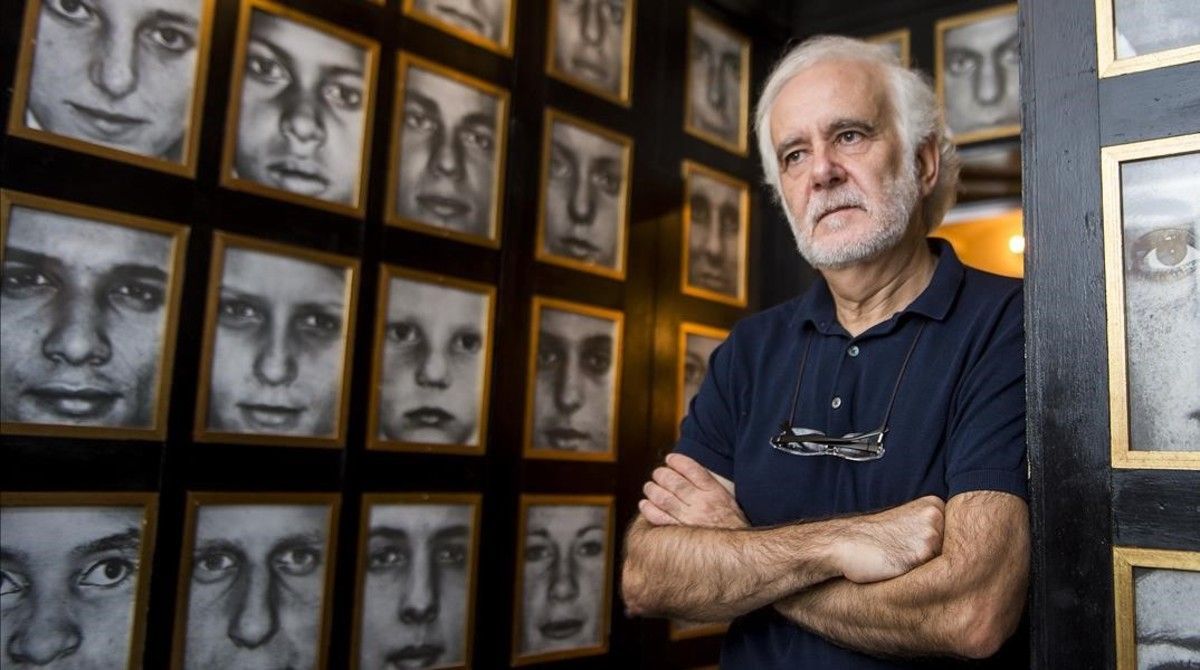 The thinker, essayist, musicologist and poet Ramón Andrés (Pamplona, ​​1955) has won the 2021 National Essay Prize , endowed with 20,000 euros, for his work ‘Philosophy and consolation of music’ (Cliff), a volume that the jury has called it “monumental”.

The National jury has recognized Ramón Andrés’ book “for uniting music and poetry in dialogue with Antiquity and attracting readers of different signatures. It is a study that shows that hearing and intellect are inseparable and shows the sacred relationship between philosophy and music.

It is a loosely written encyclopedic work that underlines the humanistic reverberation of music from the pre-Socratics to the Enlightenment. ” As the author himself explained in statements to Europa Press, “philosophy and music have always gone hand in hand” , since “there have been many philosophers who have been concerned with music, its language, and abstraction” throughout of history.

In its assessment, the jury also highlights that “it is the first time that the National Essay Prize has been awarded to a monumental book focused on music . ” Andrés has verified that the pandemic “has been very hard” for the bookstores, the people who are in the publishing houses and for the authors, who “have had a bad time.”

However, although “a lot has been suffered, something unexpected has arisen, people have begun to read much more, new readers have emerged and this is very important,” said the author after knowing the award.

Between 1974 and 1983, Andrés exercised his first professional activity as a singer, mainly focused on the medieval and Renaissance repertoire, with ancient instruments . He performed at numerous venues and festivals in Spain and France, and in 1981, sponsored by the Spanish Ministry of Foreign Affairs, he gave concerts in cities such as Paris, Copenhagen, London, Munich, Vienna and Naples, among others. In 1983 he created a pioneering department of early music in a music school in Barcelona, ​​where master classes such as Bob van Asperen, Robert Clancy and Hopkinson Smith taught.

Writing and publishing world
Since 1988, the essayist and thinker has focused his work on writing and the publishing world, publishing books such as the ‘Dictionary of musical instruments. From Antiquity to JS Bach ‘and’ Wolfgang Amadeus Mozart ‘. He has also been in charge of the edition of ‘Hidden philosophy. Reasons for music in man and nature ‘, by Juan Eusebio Nieremberg, and other editions of classics, essays and poetry books.

The essayist Ramón Andrés.
Lecturer at the University of Naples in 1988 and 1989, he has been an advisor, collaborator and director of numerous publishing projects , often related to the popularization of music. In 2002 he began to direct the collection ‘De Música’, of the Paidós publishing house. Coordinator of the editorial board of the early music magazine ‘Goldberg’ (2004-2007), he was a founding member of ‘Archipiélago.

Notebooks about culture critics'(1987-2009). He has also published in magazines such as ‘Humanitas’, ‘Insula’, ‘Nexus’, ‘Pasajes’, and his articles have appeared in various newspapers, including EL PERIÓDICO. In 2015, he won the Prince of Viana International Prize for Culture for his intellectual and literary career and, since 2017, he is Corresponding Academician of the Reial Acadèmia Catalana de Belles Arts de Sant Jordi.

Currently Andrés also collaborates in research and knowledge transfer tasks in universities, mainly at the University of Barcelona with the Consolidated Research Group ‘Aula Música Poética’.

In 2020 it was Irene Vallejo and her bestseller ‘The universe in a joint’ who won the Nacional de Ensayo.