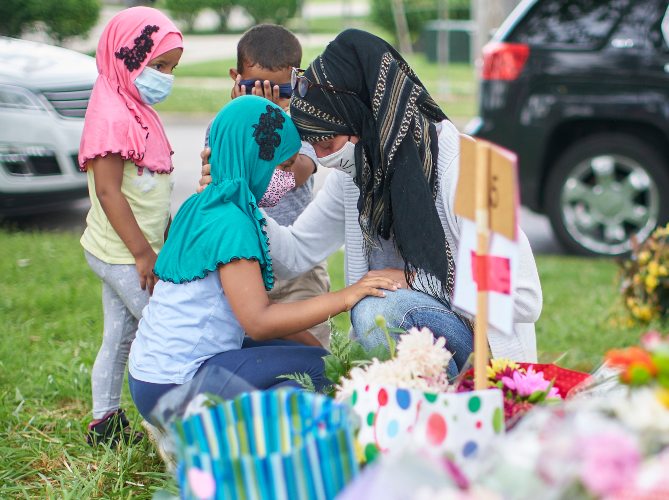 Just before the first rays of sunlight this Saturday, members of a Canadian mosque gathered to perform the first prayer of the day.

Within the five minutes, their prayers were interrupted by loud screams and the fumes of the devastating bear spray.

A 24-year-old man was identified by the police as Mohammad Moiz Omar had come running into the Dar Al-Tawheed Islamic Centre in Mississauga, about 25 km from Toronto. He then started spraying the back of the prayer room. The police said, “is believed to be a hate-motivated incident.”

Some people started to run outside coughing and their noses and eyes were stinging a lot from the chemicals. As soon as about 20 people were harmed by the person, then a huddle of worshippers knocked the man down to the ground hard.

Noorani Sairally said. “And then that’s when everybody kind of jumped on him to wrestle him to the ground.”

Omar has therefore been charged with a number of offenses including threatening people, administering a toxic substance with the possible intent to destruct life, destruction to religious property, and assaulting people with a weapon.

The vicious and dangerous  act had taken place pretty soon  after the United Nations declared March 15 as the International Day to Combat Islamophobia, as to taken into account the following :

According to a report of the UNITED NATIONS IN THE YEAR 2021, anti-Muslims around the world had risen significantly “to epidemic proportions, with Muslims facing disproportionate restrictions, widespread stigmatization, and limits on accessing citizenship. In Canada, more Muslims have been killed in targeted hate-attacks in the last five years than in any other Group of Seven countries, per the Canadian Centre for Policy Alternatives.”.

“Do we have to take steps of locking the mosque after a certain time, which then leaves people outside of the mosque, which is kind of the same thing as a lockdown? Yeah, I mean, those are the conversations we’re having right now,” said  Ibrahim Hindy.