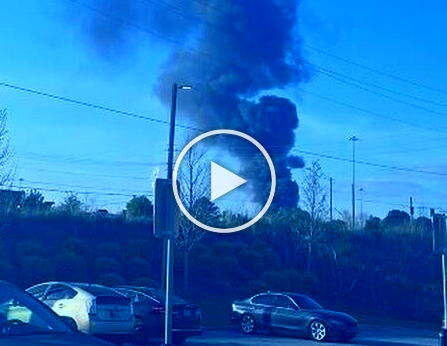 After a plane collides with a food warehouse in a 'devastating collision,' two people have been confirmed dead.

About the plane crash incident at General Mills:

According to the FAA, the incident occurred near 15200 Industrial Park Blvd. NE around 7:05 p.m. (local time). Several tractor trailers were damaged in the incident, according to photos taken at the scene. According to FOX5 reporter Denise Dillon, police have confirmed that two passengers were on board the plane that crashed in Covington. It’s about eight-tenths of a mile southeast of Covington Municipal Airport’s eastern edge of the runway.

Authorities in Covington reported the jet burst on contact, and no one aboard survived, according to Denise Dillon, a reporter on the scene. “Covington officials provide an update on the plane crash at the General Mills factory,” she tweeted. According to reports, the plane exploded upon impact. “There was no one on board who survived.” The crash was followed by explosions, according to witnesses.

How did the plane crash take place and when?

According to FOX5, after taking off from the Covington airport, the jet crashed into some trailers at the General Mills complex. A cloud of thick, heavy smoke billowed from the plant, and numerous tractor-trailers were destroyed, according to photos. The incident appears to have occurred outside of the plant, but the entire amount of the damage has yet to be determined. “At 6:45 pm, according to witnesses, a jet took off from the Covington airport, flying in a north-easterly direction,” Captain Ken Malcom of the Covington Police Department told the news agency.

“According to witnesses, the plane was experiencing engine issues. All of a sudden, the plane waived to the right and swooped down, crashing into the lawn behind us.” This is the General Mills manufacturing facility. “The plane crashed in a remote place. The one on the ground did not sustain any injuries, but this was a catastrophic collision with no survivors.”

“The FAA is on the scene and will take over the investigation,” Mr. Malcom said. After the incident, four trailers that were parked together and were believed to be mostly empty caught fire and were destroyed. “We observed what we think is a wing and probably a portion of an engine,” he continued, “but there’s a lot of burned metal back there right now. “We’re working on the lead to figure out who the victims are in this crash, I’m not sure how many people are on the plane.”