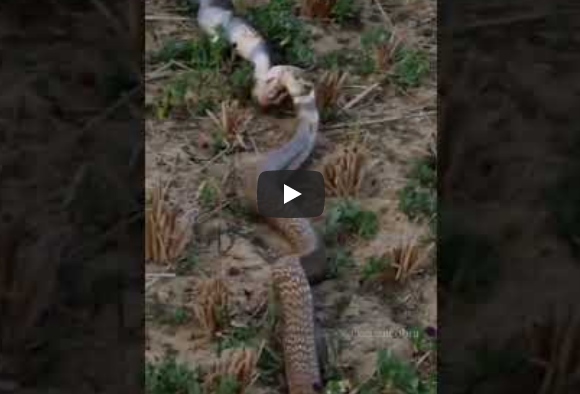 How does the Snake make Cobra its prey?

In a platform of social media, one can see many amazing snake videos, and similarly a video that went viral shows the same. There are hundreds of species of snakes that start eating themselves when they are hungry. The king cobra is such a huge snake that even large animals cannot escape from its clutches, but the video that went viral shows, that the king cobra becomes a victim of a huge snake. In the video, a king cobra was seen by a huge snake in its bill and attacked it by going inside the hole to make it its prey. The giant snake manages to catch the king cobra from inside the hole and pulls it out by holding its mouth. Pulling out the king cobra, it swallows the whole snake in a short time.

This viral video was posted on the “snake._.world” Instagram account, which has now been viewed by more than 3,000 users, and many people are reacting differently after watching the video. One of them wrote, “Everything in nature behind it there is wisdom. God in creation deep meanings but hard movements.”