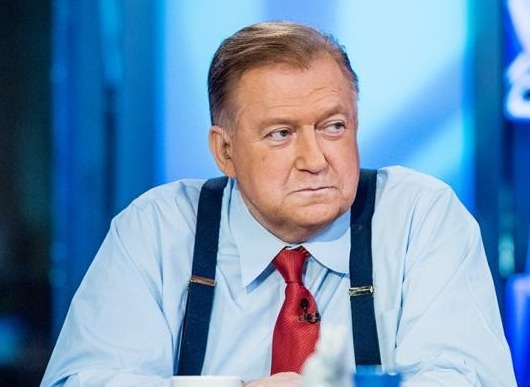 Bob Beckel, the former news host, has passed away

Bob Beckel was widely known for hosting over 700 episodes of Fox news’s talk show panel ‘The Five’. It was recently reported with a heavy heart that famous political writer and former fox news host, Bob Beckel has passed away at the age of 73. The news of Bob Beckel’s passing was announced by Columnist Cal Thomas who announced the news on his Facebook account in an emotionally penned message to his dear friend that read, “My friend and spiritual brother, Bob Beckel, has passed into the presence of the Lord he loved. We did so many things together and I hope we modeled what two people of different political persuasions can be like when they love one another. For ten years we wrote the “Common Ground” column for USA Today and a book by that title. The name of his ironically titled autobiography is “I Should Be Dead.” It is a highly readable book about a difficult life that was dramatically changed in the last 15 years. I will see you soon Bob. You are loved.”

Who was Bob Beckel?

Bob Beckel was born in 1948 in New York and studied at Wagner College. Beckel worked as a campaign manager for Walter Mondale’s presidential election campaign of 1984 within his political career. Throughout Bill Clinton’s presidency, Beckel co-hosted CNN’s ‘Crossfire’ for a few years. Beckel joined Fox News as a political commentator in 2000, making him one of the very few self-labeled liberals on the conservative channel. In 2011, Beckel became one of the founding co-hosts of the channel’s new show ‘The Five’.  Beckel was honest regarding his struggles with alcohol and cocaine use. In an interview with The Five in 2011, he confessed to being a recovered addict. In his autobiography titled ‘I Should Be Dead,’ published in 2015, he detailed his struggles with sobriety.