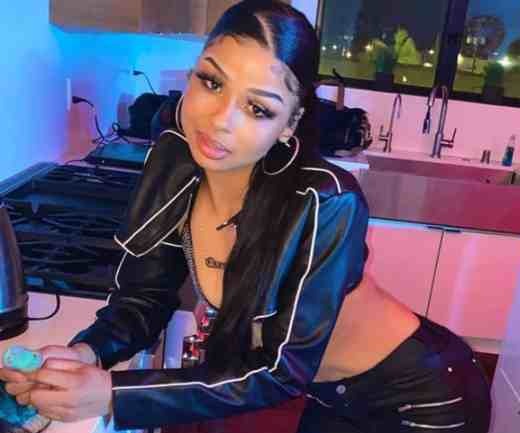 Musician Chrisean Rock was apprehended by the police for selling crack and cocaine. Artist Chrisean Rock was arrested on Monday, in Oklahoma, for possession and selling of drugs like crack and cocaine and for driving a stolen vehicle. She was caught and arrested at 11 a.m. on Monday, February 14th, according to the Craig County Jail detainees list.

Who is Chrisean Rock?

Chrisean is a rapper from Los Angeles who rose to stardom after appearing on Blueface’s reality show ‘Blue Girls Club’. The 21-year-old, who was born and raised in Baltimore, joined Blueface’s music label in 2020 and is attempting to make it as a musician. Blueface is an American musician who is most notably known for his songs ‘Thotiana’, ‘Disrespectful’, and ‘Respect My Cryppin’. He is 25 years old. Chrisean Rock has a YouTube account too. She has not yet updated her profile in over a year though. Chrisean Rock is a rising star in the recording industry, having three singles to her credit namely, ‘ Lonely’, which contains Blueface, ‘Vibe’, and  ‘Word To My Brother’, are her most well-known songs. These songs are available to stream on various platforms such as Apple Music and Spotify.

Why was Chrisean Rock arrested?

Chrisean Rock was busted in Oklahoma on Monday for reportedly dealing narcotics and operating a stolen car. Chrisean Rock apparently pushed her way into rapper Blueface’s residence once more, this time running off with some money and his car, G Wagon, according to ‘Wack 100,’ who represents Blueface. Rock was 1700 miles inside Oklahoma when authorities discovered her, where she was arrested for possessing and selling crack/cocaine and operating a stolen car. Blueface responded to Chrisean Rock’s arrest in his Instagram stories and made fun of her for even suggesting that he get her bail. He wrote in his story, “Bitch stole my car and thought she was gone drive to Baltimore 25 hours away dumbass,” He also wrote further, “A thief is the worst thing you can be as a female. I’d have more respect for a prostitute…talk bout some ‘Come bail me out.” He was condemned by social media in how he talked about Chrisean Rock and about women in general but he has not responded to that so far.