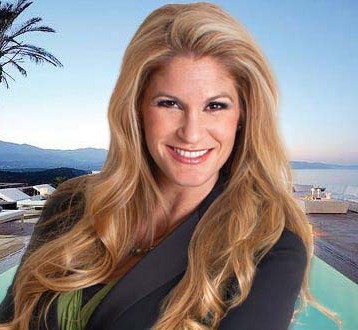 Dani is now a great speaker and motivator who helps others achieve life-changing success, but her upbringing did not foreshadow this. Dani’s parents were drug users, and her stepfather assaulted and abused her viciously. Dani was invited to a church service when she was approximately 13 and embraced Christ, but she didn’t sense much of God’s love via His people.

Dani Johnson worked in Hawaii as a cocktail waitress. She slept in a car with two dollars in her pocket and $ 35,000 in debt. She was abused physically, emotionally, and sexually as a child, and she attempted suicide several times.

Her entire belongings were in the backseat of her automobile. Her primary wish at the time was to be able to afford a monthly rental in Hawaii, which would cost roughly $4,500. She discovered a weight-loss program in the backseat of her car, which she had purchased before she became homeless, and it became the answer to all of her issues. She asked about the pricing of that commodity in Hawaii by calling the manufacturer.

She hand-wrote a weight-loss program flyer and posted it at the Post Office within a few days. She received 25 messages from potential clients three hours later. She received 40 checks totaling $4000 in a month and earned a quarter of a million dollars in the first year. She had 18 weight reduction facilities around the country by the second year.

According to Dani, we fight a two-front war with money, and we need to comprehend its spiritual significance. Making money is a form of spiritual combat. Your ungodly competitor will take profits and use them for his glory, greed, and gluttony. On the other hand, God wants to profit someone He can trust. You, the Christian.

You have sway. Financial riches offer you power, which you may use to send forth a message that people will hear. Today, She is a ray of hope for millions of people working hard to realize their ambitions.

She has been altering people’s lives for over 20 years as a remarkable speaker, trainer, author, and spirit-driven success coach.

“I launched my new business from the back of my car,” Dani revealed in one of her interviews. There were no business cards, brochures, receipts, or even a product to be found. All I had was a burning drive to succeed and a desire to be no longer homeless.”