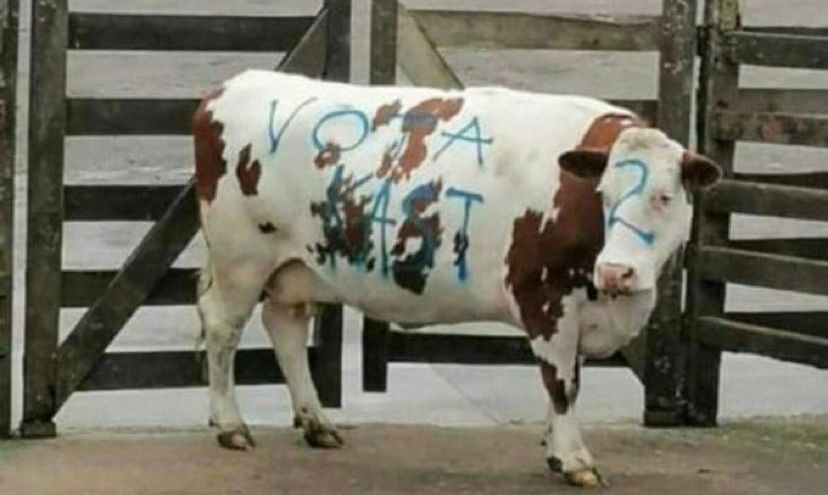 Deputy Marcela Sandoval (RD) repudiated the stripes on a cow that contained slogans in favor of the presidential candidate of the Christian Social Front, José Antonio Kast . The event was virialized on social networks.

According to preliminary information, the situation occurred in Osorno, during a cattle auction at the Livestock Fair (Fegosa).

In the virialized registry, the striped cow is observed with the slogans “Vote Kast”, on one side,; “or to the slaughterhouse”, on the other, and “2”, on the animal’s head, in reference to the number of the candidate for La Moneda on the ballot.

In the video, the auctioneer is heard saying “let’s vote for Kast or he’ll go to the slaughterhouse.”

“Surely candidate Kast finds it funny that they have scratched a cow with slogans in his favor, It does not seem funny to me, it seems to me a reprehensible act of animal abuse that we are going to denounce,” said Deputy Sandoval.

“Let us remember that José Antonio Kast was also the only deputy when he was in office to vote against the Cholito Law,” he added.

Precisely, the candidate of the Christian Social Front was the only one to reject the initiative, aimed at responsible pet ownership.

The Lower House approved the report of the Mixed Commission on May 3, 2017, with 100 votes in favor, two abstentions and one against, of the then deputy José Antonio Kast.