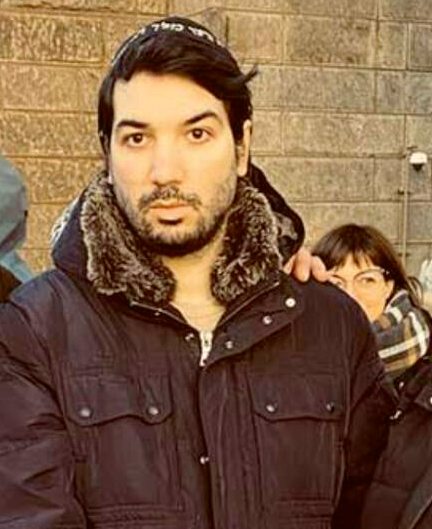 About Jeremy and how he died

Jeremy Cohen, a 31-year-old religious Jew, died last February when he was hit by a tram in Bobigny, a town in the northeastern suburbs of Paris.

Relatives of Jeremy Cohen, a 31-year-old French Jew who died two months ago after being hit by a tram in the town of Bobigny near Paris, said on Monday that his death was not an accident but the result of an antisemitic attack.

His death was initially reported as “hitting a pedestrian,” but video footage released by Cohen’s family on Monday showed the moments leading up to his death and indicated that the incident may have been triggered by an assault.

The video shows Cohen being attacked by several members of a large group, after which he runs away from the crowd and gets hit by an oncoming tram. Cohen was taken to the hospital in critical condition and died shortly after from his injuries.

The footage was discovered after Cohen’s family asked eyewitnesses to send them the video of the scene. Jeremy’s father, Gerald, and brother Rafael told the story in an interview with Radio Shalom for the local Jewish community in Paris. They claimed that while the footage was being handed over to the authorities, the investigation was dragging on and demanded that it be expedited.

Far-right presidential candidate Eric Zemmour, who is Jewish, took to Twitter to express his disappointment at Cohen’s death and said, “The images of Jeremy Cohen’s death are chilling. The death of yet another one of our children and the deafening silence on the facts revolt time. Did he die while escaping those scum? Did he die because he was Jewish? Why is this case hushed up?”

French Member of Parliament Meyer Habib, who is also Jewish, stated that the circumstances of the death of Jeremy Cohen, a 31-year-old observant Jew, appear to have been far more dramatic. He further added, “The victim, who according to all the evidence, wore a skullcap on his head, tried to escape, as the video clearly shows, from a gang of thugs who attacked him. As he runs away from them, he did not see the train coming in his direction. The pictures are awful. It breaks everyone’s heart.”

Habib also said that he spoke to the interior minister who confirmed to him that authorities were taking the issue very seriously and that the case is being dealt with by the justice system. He had also contacted the Justice Ministry and he would be waiting for an answer on the matter.