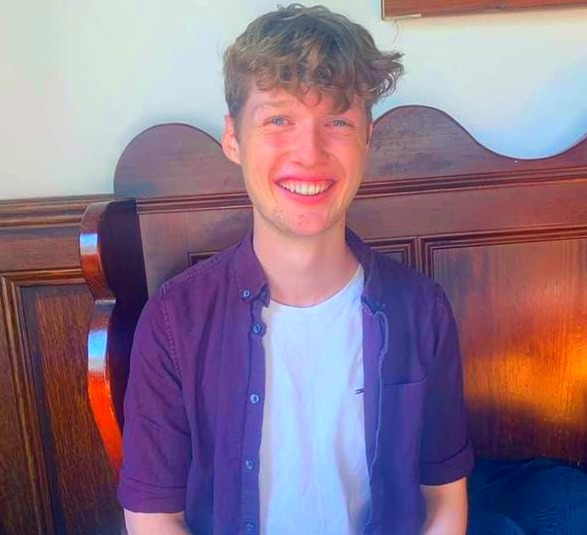 A man’s body was found while searching for a student who disappeared at a party.

Joseph Derbisz, 21, from Rugby, Warwickshire, parted ways with friends in the early hours of Sunday morning in Birmingham. The University of Birmingham’s student was at the Guild of Students’ Fab N Fresh nightclub around 3:30 a.m. His friends said they were “extremely worried” and that it was out of the question for him not to return home.

In the hunt for Joseph Derbisz, the police found a body. Later, the police informed Joseph’s friends and family. Official identification of the body has yet to be made, but cops have reinforced Joseph’s family and friends, the Birmingham Mail reported.

Friends, students, and her family have launched a social media campaign to try to raise awareness of her disappearance. West Midlands Police have confirmed the death is not being considered suspicious.

The West Midlands Police official said that their officers are searching for the missing Joseph Derbisz and have sadly found the body of a man off Edgbaston Park Road, Birmingham today. The 21-year-old was last seen in the early hours of Sunday. Though official identification has not been confirmed, Joseph’s family has been informed. They are not treating the death as suspicious and their sympathies remain with Derbisz’s family,”

Joseph had studied mechanical engineering and taught math part-time, according to a social media profile. Rachel Thorp, one of Joseph’s roommates, posted on Facebook to thank others for their support. She wrote that they are deeply sorry to inform everyone that Joe has tragically passed away. They are overwhelmed with the support and ask for privacy at that point in time.

The University of Birmingham said: “We are absolutely devastated to hear of Joe’s death. Our thoughts are with Joe’s family and friends at this very difficult time. We are doing everything we can to support Joe’s friends and family, as well as the student community and staff at large. We continue to work with the police as they carry out their investigations and are unable to comment further at this stage.”

They further added, “We encourage any of our students who have been affected by this tragedy to contact the confidential listening and support service, UB Heard, or your Wellbeing Officer. For any of our staff who are affected, we encourage you to contact your HR representative or access our free 24 hours support service: Employee Assistance Programme (EAP) and Citizen’s Advice.”

Cops have yet to make a formal identification.

We are absolutely devastated to learn about the death of our student Joseph Derbisz. Our full statement and links to support available for our community are here: https://t.co/n1Gxqfnlf4 pic.twitter.com/H7oBaVnwzT