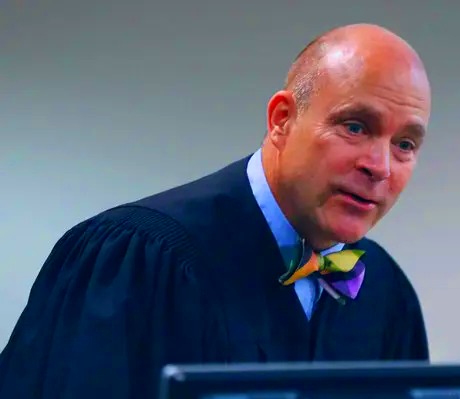 A New York State judge whose house was searched by law enforcement officials last month during the federal prosecution of one of his former clients committed suicide on Tuesday. According to the lawyer, Terrence Connors, the judge, John L. Michalski, an acting justice of the State Supreme Court, was found dead soon before noon at his home in Amherst, New York, a Buffalo suburb.

“It’s tough to put into words how tragic this is,” Mr. Connors, a longtime friend of Justice Michalski’s, said, adding that “it would be difficult to find a judge who was more regarded” in Western New York’s legal community.

When was John Michalski’s death confirmed?

Justice Michalski’s death, at the age of 61, came little over a year after another apparent suicide attempt in which he was slammed by a freight train after lying on the tracks in a rail yard outside Buffalo in the middle of the day, according to police records. Mr. Connors stated he suffered a major leg injury but was otherwise unharmed. He took a leave of absence from his $210,900-a-year bench seat because of the incident. Mr. Connors claimed he returned to work in January after satisfying all the requirements and had already taken on a full workload.

Cases related to the death of John Michalski:

After federal and state authorities raided his home last month, Justice Michalski came under renewed scrutiny, and his cases were reallocated once more. He hadn’t been charged with anything, but his ties to Peter Gerace Jr., the proprietor of a strip club in Cheektowaga, another Buffalo suburb, had aroused the authorities’ notice. Last year, Mr. Gerace was charged with sex trafficking, narcotics distribution, and bribery of a former DEA agent in federal court in Florida. He disputes the allegations, and the case has been moved to the Western District of New York.

According to a source familiar with the situation, the judge was also under investigation by the state attorney general’s office for alleged wrongdoing. He had not been charged in connection with the investigation. The state’s Commission on Judicial Conduct, an independent entity that examines claims of wrongdoing involving New York’s judges, was also looking into Justice Michalski’s professional and personal behavior, including his mental health during and after the apparent suicide attempt last year.

According to The News, the commission’s investigation focused on allegations that he received $5,000 for performing Mr. Gerace’s wedding in 2014, far more than the $100 allowed by state law.

Justice Michalski, according to Mr. Connors, will be widely lamented in the days ahead. He said, “I can’t tell you how many calls I’ve gotten today.” “Everyone is in a state of shock.”