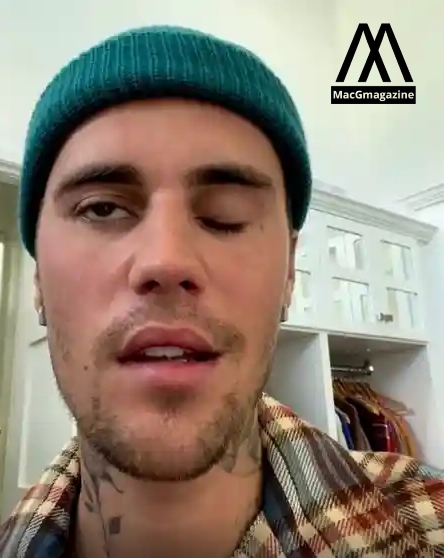 Justin Bieber says he has been diagnosed with Ramsay Hunt syndrome – Justin Bieber, the famous Canadian Pop Star has recently shared a video on 11 June on his Instagram handle in which he said that he would have to cancel his shows because of his diagnosis, i.e. Ramsay Hunt syndrome, due to which he is unable to do any movement on one side of his face. He has partial face paralysis.

What is Ramsay Hunt Syndrome:

This syndrome is named after American Neurologist James Ramsay Hunt in World War First. Ramsay Hunt Syndrome is a rare neurological disorder caused by the virus Varicella Zoster; the same virus data is responsible for chickenpox; chickenpox clears from your body after some time, but this virus remains in your nerves, and if it reactivates, it can affect your facial nerves causing your Ramsay Hunt Syndrome. The reactivation of this virus is still unknown.

It affects the nerve near your ear, which sometimes comes up with s ability to lose hearing from the affected ear and facial paralysis.

Its symptom, treatment, and preventions:

Suppose you are feeling painful rashes around one ear or facial weakness around the same ear. You can have Ramsay Hunt syndrome.

Sometimes these conditions occur simultaneously, sometimes one occurs before another, or only one condition can also occur. Other symptoms include ringing in the ear, ear pain, and temporary hearing loss.

Its treatment involves antiviral medication, but if it is treated in starting days, it can be cured quickly and prevent further complications. Patients are also asked to take more care of the cornea because the inability to close the cornea at the right time can lead to irritation and pain in your eyes, and your eyes can damage.

The doctor may prescribe some ointment to prevent your cornea.

Make sure that you are vaccinated against chickenpox because it’s the same virus due to which this syndrome occurs, and if you are feeling any other symptoms of RHS, don’t ignore it. Consult with your doctor immediately.

Read Also – Nuria March the new bride to be fifty.