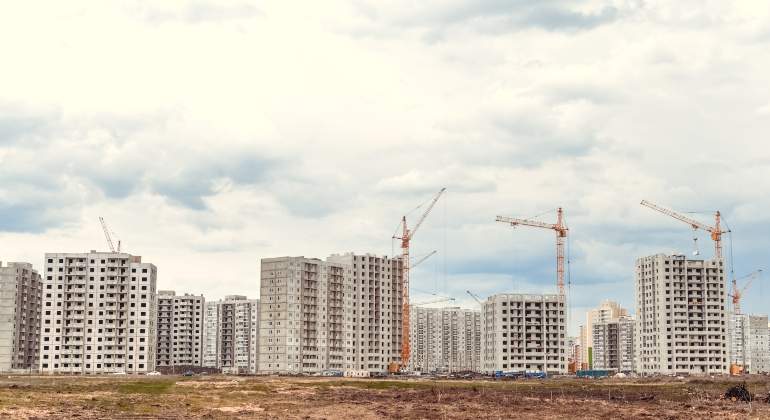 In recent quarters, the price of housing has recovered the path of increases – it has become more expensive by 6.1% year-on-year between July and September -. However, despite the latest rises, the highs are far away. In fact, according to data from Tinsa, at the national level the average value of houses -1,444 euros / m2- is almost 30% below the maximum level that reached in the fourth quarter of 2007 -2,048 euros / m2-, in full housing bubble before the outbreak of the 2008 crisis. Thus, today housing is almost a third cheaper than it was at the end of 2007. In practically half the country, that is, 25 of the provincial capitals, the price of housing is 40% below the maximum , according to Tinsa data.

“The maximum values ​​reached in the past decade could be considered as a reference to avoid rather than to imitate,” says Andrea de la Hoz, senior analyst at Tinsa’s Research Service. From the appraiser they explain that after the burst of the real estate bubble, prices fell and the subsequent recovery took place at different speeds . “The main cities began to show signs of reactivation in the first place, then the islands and finally certain territories of the interior Spain registered rather a stagnation, without going back to show a significant rise in prices”, says de la Hoz.

Logroño, Ciudad Real, Guadalajara, Zaragoza and Lleida go further. And it is that in these five capitals the average price of housing at the end of the third quarter is less than half of its maximum pre-crisis . “These are markets with less dynamism, which fell less immediately after the last bubble, registered later lows and stabilized, experiencing very contained revaluations in the following years,” explains the senior analyst of the Tinsa Research Service.

In Logroño the house price is 55% below its maximum
In the case of the Riojan capital, the 1,092 euros / m2 in which the average house price is situated is 55% below the maximum of the third quarter of 2007, 2,429 euros / m2. It is followed by two Castilian-Manchegas capitals, Ciudad Real -the fourth cheapest capital, with 937 euros / m2, behind Lugo, Soria and Palencia- and Guadalajara, away by 54.4% and 52.8% , respectively, from their maximums. of the real estate boom. For their part, Zaragoza and Lérida accumulated a 51.3% and 50.5% drop, respectively, compared to the historical maximum reached in both cities.

These are followed by another twenty cities, whose distance from maximums is between 40% and 50%, among which are Castellón, Albacete, Segovia, Ávila, Soria, Palencia, Burgos, Huelva, Toledo, Tarragona or Cuenca.

Madrid and Barcelona
In Madrid and Barcelona, ​​great markets par excellence, the decline in average home values ​​compared to historical highs is lower than the national average. In the capital of Spain it has fallen by 22.1%, to 3,097 euros / m2 today, while in Barcelona it has done it by 25.5%, to stand at 3,309 euros / m2 .

Both cities, along with San Sebastián, are the only capitals that exceed 3,000 euros per square meter. In addition, both in Madrid and in Barcelona the average price of housing has risen so far this year, although it has risen more strongly in the former. If only the data for the third quarter are taken into account , prices in the capital have risen 8.4% in their year-on-year variation, compared to 3.7% in Barcelona.

Will the highs return anytime soon? On the evolution of the price of housing, from Tinsa believe that there are factors that point to a warming of prices in the short term . “Factors that, if reversed, would require something more than the short term. However, this real estate cycle is showing very accelerated rates so we will have to be vigilant,” says the appraiser’s analyst.

Regarding the margin of rise in prices, the expert recalls that the mortgage market acts as a containment dam, since more than half of the sales of homes are made with financing . “The damage resulting from the previous bubble led central banks to take a series of measures designed to monitor and prevent a similar situation, which are translated into a more prudent granting of mortgage loans,” concludes de la Hoz.