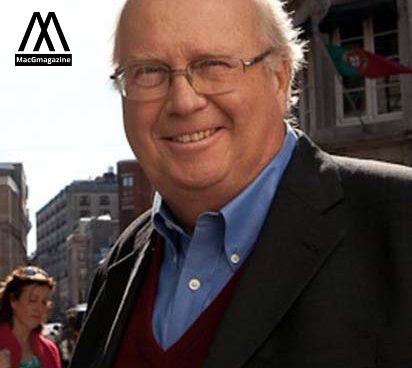 Dave fisher worked at CJAD 800 for 3 decades as a broadcaster. he gathered a huge following owing to his long career.

His family has confirmed his death due to cardiac arrest on Wednesday morning.

Dave fisher was enjoying his retirement when he died. he retired from CJAD in  2016 after working for 32 years.his name was engraved in the hall of fame due to his long career. he had a loyal fan base that loved him and he was also very grateful to his audience.

Dave Fisher had one of the highest-rated show on Radio:

ken Connors was the one who took the spot of Dave and he said he felt honored to take his place and fill his shoes. it was heartbreaking for him to hear the sad news of the passing of his icon Dave.

“Dave was a radio legend and still is in the city. He had that warm, wonderful voice for so many years that CJAD, he hosted Saturday and Sunday mornings — the weekend show — and of course, the trivia show and he was just a welcome presence in so many homes and so many lives for decades, really,”

“Fisher, a familiar voice on Montreal’s airwaves for years, connected with the audience immediately during his segments in such a way that you considered him as part of the family,” Connors told the press.

“He was just so so good at what he did and just an amazing broadcaster — one of the giants, really, in the city.”

Fisher worked for many radio stations in Petersburg, Ottawa, and Winnipeg before he joined CJAD. he loved the place so much that he retired from the same spot after 32 years.

Dave Fisher and moments he could never forget:

during an interview, Dave said the ice storm of 1998 is unforgettable although his channel was stormed off he answered calls of everyone that night and he will not forget it.

“For me, it’s all about the listeners… who really are better than Google. If you want to know anything, just ask. They were my motivation,” said Fisher.

“He was never beholden to management. He was his own guy. He could come across as a curmudgeon at times when it came to dealing with management but he never gave an inch. I airways respected that because it’s so hard to do,” “It’s a tough day for the CJAD family.” Carter who did the morning show at CJAD rememberes how he met Dave in the 1980s and he was capable of speaking where it was needed.