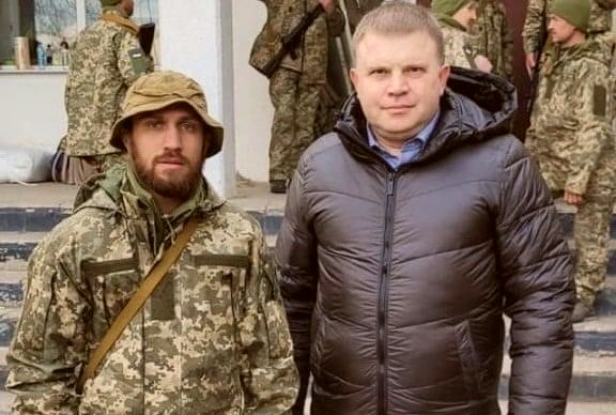 Vasiliy posted a picture on his social media where he is seen ready in uniform to join the combat against the Russian Troops.

Ukrainians citizens and people from all over the planet are looking for methods to help their country at this tough period, and now one of the nation’s and the world’s most famous boxers, Vasiliy Lomachenko, has entered the warzone to protect his homeland. Following Russia’s decision to go to war and invade Ukraine, there have been various instances of civilians getting provided firearms in order to participate in the battle and prevent the opposition from seizing power over the country and its people.

Who is Vasiliy Lomachenko?

Vasiliy Lomachenko is a champion boxer from Ukraine. Lomachenko is among the world’s best amateur boxers of all time.  His punching power, rhythm, precision, inventiveness, agility, defense, and movement are all renowned. From an early age, Lomachenko was trained by his father, Anatoly Lomachenko. He believes that if his dad was not a boxing teacher, he would have pursued a professional career in ice hockey. Lomachenko’s father forbade him from training as a boxer unless he took conventional Ukrainian dance lessons. After that, he moved on to acrobatics and gymnastics before ultimately entering the arena.

Vasiliy Lomachenko recently went to his home near Odessa to be together with his family.  Lomachenko is not the only well-known Ukrainian fighter to enter the country’s military forces; the Klitschko brothers, Wladimir and Vitali, have also chosen to fight in the war. “We are extremely proud of our boxers, our true champions in boxing and champions in this conflict, we are proud to be Ukrainians.” WBC Ukraine president Nikolay Kovalchuk said of the boxers who have decided to protect the country.

Read Also:- Who Was Mason Paulin, And What Was His Reason For Death?