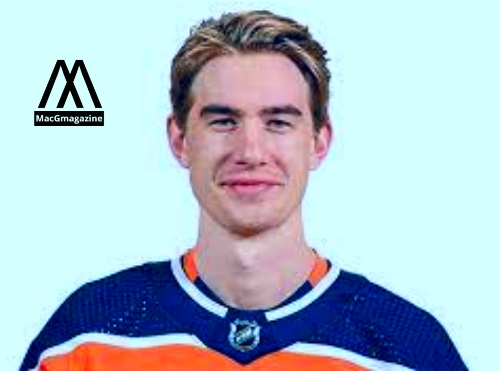 Ryan Mcleod’s life has changed. he had a tremendous season at 2021-22 NHL. Ryan Mcleod is in contact with the oilers and he has turned out to be a great person. now they should rehire him at a higher price. there are some filthy reporters suggesting he should be locked at a cheaper price.  why should he be locked at a  smaller price when he deserves much more? his contract should be revised and d should be given a raise and bonus.

Ryan Mcleod was playing so well that the oilers gave him a chance in every match he played very well.McLeod’s average was just under 13 minutes each game. he represented his team in all the important playoffs. his total score was 21 points in 71 games.

Ryan Mcleod participated in 16 playoff games. a lot of fans are loving him due to his performance. some guys are suggesting he should not be paid well, maybe these reporters have personal grudges against the talent but he should be paid more for the effort and results he is putting in.

Zack Kassian and Warren Foegele teamed up with Ryan and they have not made their name in the offensive zone. he should be promoted to the top 6 so he can score much better. If he gets to the top 6 his numbers would increase heavily and he can achieve a lot more.

Ryan mcloed achivements and his evaluations:

Ryan Mcleod is trustworthy and good at what he does.

he can change the lineup and can work in special teams.McLeod is spending 60 minutes in the power play. he is a player who can break the line

he is a very useful player and the oilers should sit down with him and pay him higher and should play for the same team for some more years.

because his arbitration is next year the oilers can offer him 900k and keep him due to contractual issues but why shouldn’t they pay more and keep him for a longer time?

Ryan Mcleod would make millions in the near future if the oilers put him in a spot right now then he might never come back to them. they might leave. Ryan Mcleod should be paid well for the future.  McLeod, Kulak, Puljujärvi, and Yamamoto are very achievable targets too

Read More – how did Mason Jacobson die? was it an accident? was he killed because of his parents and Facebook?