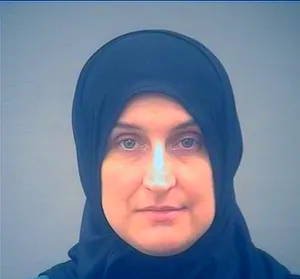 Who is Allison Fluke-Ekren?

Allison Fluke-Ekren, the woman who headed an Islamic State squadron and organized an attack on the United States, has been abandoned by her family, who have stated that they do not wish to communicate with her.

Allison Fluke-Ekren appeared in a US court on Monday to answer the allegations brought against her. If convicted, the Kansas mother of numerous children faces up to 20 years in jail. According to reports from news organizations BBC and Vice News, Fluke-mother, Ekren’s father, stepmother, and older children all refused to meet her.

Fluke-Ekren is suspected of directing the Khatib Nusaybah, an all-female ISIS military battalion set up to battle security officers and teach women and children how automatic rifles are used, also how grenades, and suicide belts, are used in order to organize an attack on the United States.

What was Allison Fluke-Ekren charged off?

The FBI has charged Allison with remarrying many times in the last few years, according to the indictment. Allison and her then-husband traveled to Syria, where he later worked as a sniper trainer for IS militants. Allison was married to a Bangladeshi who worked in the drone industry. He was later slain by security personnel fighting ISIS. Fluke-Ekren married a famous IS military commander after he died, but he was also murdered in an attack later.

The names of Allisons’ spouses have not been published by the US Justice Department or the FBI. According to the accusation, Fluke-Ekren was forming a group called ‘Inghimasiyin,’ whose main goal would be to sneak into enemy positions and penetrate them with AK-47s. When they ran out of ammunition, they were also taught how to detonate grenades and suicide vests. According to VICE News, Allison also taught IS fighters how to deploy vehicle-borne improvised explosive devices.

The extent to which Allison was indoctrinated by ISIS is unknown. Her former instructor described her as a “standout student” in an interview with VICE News. Allison was a schoolteacher in 2008, and she had previously worked as a teacher in Turkey and Egypt. Allison may have traveled to Libya in 2011 and then to Syria in 2012, according to a different BBC investigation.