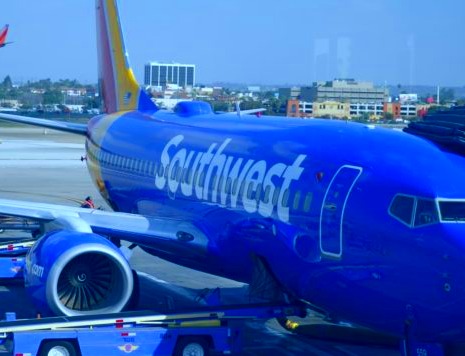 What happened on the airplane?

A Southwest Airlines passenger is being charged with federal crimes and banned for life from the airline after authorities said he “amuse himself” four times by showing his genitals in front of other passengers on a trip from Seattle to Phoenix.

According to court documents and officials, Fox News reports, the perverted man thought it was “a little perverse” that the woman next to him didn’t seem to feel uncomfortable about it.

McGarity was sitting in seat 11F of Southwest Airlines Flight 3814 when he “exposed his penis and masturbated in front of a passenger sitting next to him,” according to court documents outlining the criminal charges.

After the plane took off, McGarity reportedly pulled down his pants and shorts and began pleasuring himself with his exposed genitals. A female passenger sitting in seat 11E photographed some of the explicit actions. She also registered a complaint with the crew and was eventually transferred to another part of the aircraft.

The woman later gave a statement to the Phoenix Police Department saying that McGarity masturbated “four times using both his left and right hands,” according to court documents.

A spokesman for Southwest stated, “We immediately placed the passenger who exhibited indecent behavior on our no-fly list, resulting in a lifetime ban from Southwest Airlines.”

Tweets on the incident

“The guy jacking off on the Southwest flight…….his name is ANTONIO, definitely had not put a black face to this story but I def don’t know any white men named Antonio Sherrodd McGarity smh,” tweets Betty Brick.