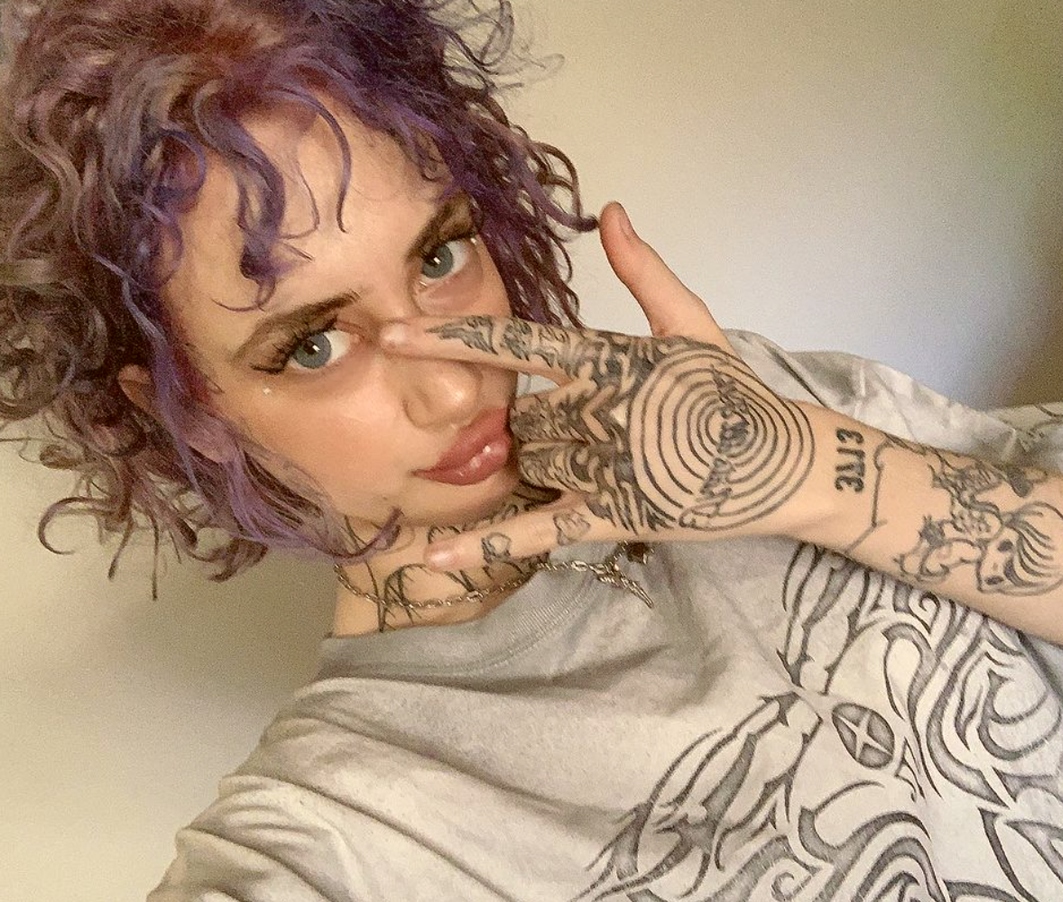 Lil Bo Weep who is an Australian-based singer and YouTuber dies at the age of 22 on Sunday (6th March). The real name of the artist is Winona Lisa Green. Lil Bo was a highly popular artist in YouTube and SoundCloud. She was famous for her Lo-Fi, hip-hop, and emo genres in the music world. Some of her famous songs include sorry, I wrote this song for you, can not fight away my hell, and a few more. The rapper had gained a huge fan base with her songs. She started her music career in the year 2015. Her songs like “Codependency” and “Not OK But It’s OK” had attracted over 5 million and 12 million streams.

The YouTuber’s father confirmed the news of his daughter’s death, addressed Lil Bo Weep as his ‘hero and best friend’.

Matthew Schofield who is the father of the late youtuber Lil Bo Weep confirmed the death news of his daughter by writing a long post on Facebook on Sunday. He informed that the singer was addicted to drugs and was going through a rough phase of her life as she was fighting with depression. He also wrote about his daughter’s treatment which was held in America. Lil Bo’s father closed his note asking for privacy for the great loss he and his family have faced.

The father wrote, “This weekend we lost the fight for my daughter’s life against depression, trauma, PTSD and drug addiction that we have been fighting since we got her back from America through emergency repatriation DFAT but broken.” He further added, “She fought hard against her demons as we all did side by side next to her and picking up the broken pieces over and over again, but she could not fight anymore, and we lost her. As her dad, I am proud of her beyond words as she is my hero, my daughter, and my best friend that I love you so so much.”

“She is no longer hurting now with the universe wanting their angel back. A big part of me is lost at the moment but I ask respectfully that my close friends try not to ring me until I get some way through this,” he wrote while ending the note.

Lil Bo had opened up about her mental health before her death. The last post on her Instagram was a video posted by her where she mourned about her child’s death which happened a year ago. She was seen crying in the video and also informed her fans that she was heavily dosed on Seroquel and talked about her fertility that has been affected due to bad eating disorder. She asked her viewers to mourn with her in the remembrance of her child and spread some flowers at a beach.

Lil Bo Weep had also posted a photo of her baby bump a few weeks ago captioned, “mourning you.”

Rip Lil Bo Weep
First heard “i wrote this song 4 you“ and loved your music immediately 💜 I’m so sorry you suffered i wish this Angel was still here and never met anyone that would hurt you pic.twitter.com/WQU752U4vn