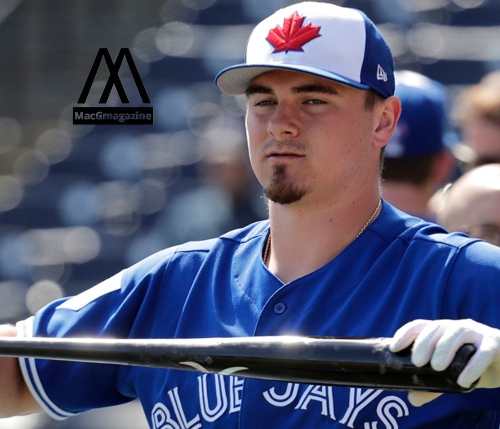 Police apprehended Rees in February and the crime that he was caught for was ” exposure of sexual organs” after he was caught in a public space of a parking lot. this incident took place outside a mall in Dunedin, Florida, per Shi Davidi of Sportsnet.

He had a conversation with Pinellas police country officers .it seems he thought he was in private and was unaware that any eye was catching him. he later confessed to police that he thought no human eye was looking at him. There is also an audio available that confirms that Reese was unaware that his act was recorded.

Reese McGuire  issued an apology for his act:

“I realized, what an idiot,”

“What a dumb place to be hanging out.”25-year-old sportsman understood that he was stupid and it was not a good idea to “hangout” in public space.

“I’ve realized that I made a mistake having my pants down and doing what I was doing,” he said. “And if there’s any way I can really learn from it and hope no one’s harmed. … I really am apologetic. And I know I shouldn’t have been doing this.”

He pleaded guilty and the police agreed to let him go with only court charges. such indecent acts in the name of fun are not healthy and he will be a potential sports star. his work as a sportsman is now maligned. older people need to realize that when someone looks up to you, they have to present your best behavior.

Read More – Aayman al-Zawahiri was killed by US CIA. how did they find out his location?