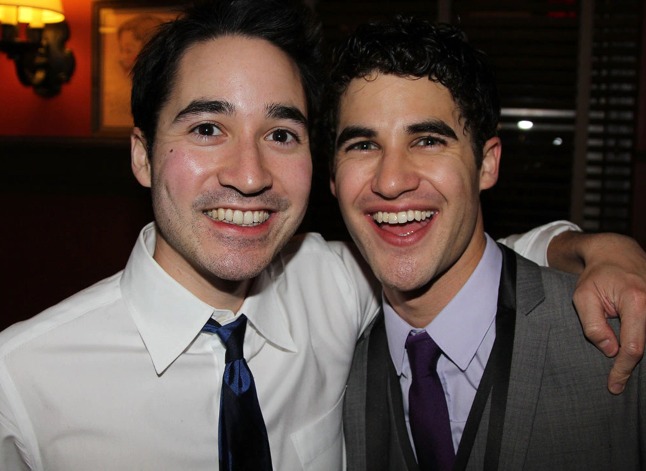 The Criss family is mourning right now the loss of their older son, Charles Criss.

The star of many famous shows such as ‘Glee’ and ‘American Horror Story’, Darren Criss, has taken up his social media account to announce the death of his older brother, Charles Criss. The actor is in mourning right now and the emotional tribute to his brother he penned down has received the praise and condolences of people from all around the world.

In an emotionally penned-down letter, Darren revealed to the world that his brother had died. Charles apparently committed suicide and was battling depression which led him to take this horrible decision. The exact reason behind his suicide was not revealed by the ‘Glee’ star, as he felt that a “reductive” answer could not be sufficient to communicate the full extent of his brother’s trauma and difficulties.

Darren is grieving and has asked the world to remember and pray for his brother. Criss noted that while he was concerned about how many details he should reveal in the letter, he finally chose to convey the reality because “vagueness may lead to misunderstanding, and create notions far worse than the truth.”

Darren Criss began his emotional and heartfelt letter as, “It breaks my heart beyond measure to say that my beloved brother Charles has left us. Obviously, this is a colossal shock. His loss leaves behind a debilitating fracture in the lives of his mother, his brother, his three small children, and their respective mothers.” He went on to remember how his brother was a “total goofball” and it was so hard not to feel affectionate towards him. He ended the letter by letting people know that there is nothing wrong with feeling depressed and seeking help for it and urged everyone who is suffering like his brother did, to reach out and seek help.

How old was Charles Criss?

Charles Criss was 36 years old at the time of his death. He had been a vocalist and a musician, most remembered for being a member of the ‘Freelance Whales’, a New York-based band. The group came together in an unusual fashion since the musicians met on Craigslist. A few of the members of the band came from well-known social circles. Charles Criss was the father of three kids. His two older kids were from his prior marriage, whereas his smallest child was from his current relationship.

Read Also:- Roman Abramovich Announces That He is going to sell the Chelsea Club