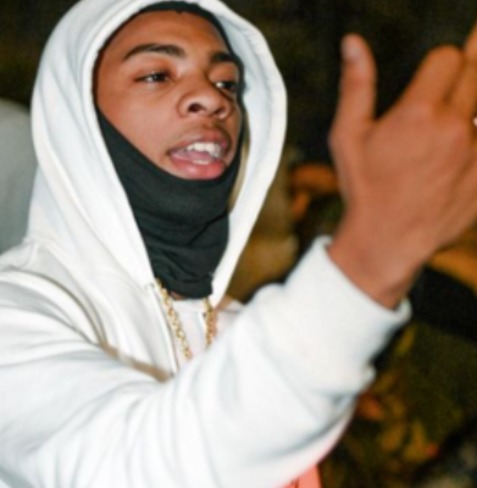 Dougie B, a rapper and musician, was arrested by the police

#freedougieb was trending on Twitter following the rapper’s arrest. Dougie B, an upcoming rap artist, and song producer was imprisoned in Nyc for unknown reasons, and he has been presently trending on social media, notably Twitter for his release. Dougie B, a rapper from Philadelphia, has been arrested by the police, who have as of now released no additional information or knowledge of the accusations levelled against him. A comprehensive investigation, on the other hand, will most likely yield further details into his arrest. Just two months ago, Dougie B’s friend and musical collaborator Kay Flock was also arrested on suspicion of potentially killing a person.

Who Is Dougie B?

Douglas Kieshawn Sheref Whitehead, also known by his stage name Dougie B, was born on 7th September 1996 in Philadelphia and grew up there. His dad was an avid fan of hip-hop music of the time and he too grew up hearing that genre. It is what piqued his interest in the field of music and pushed him to try out his luck in rapping and in hip-hop music production. When Dougie B was growing up, he was introduced to the ins and outs of music production through a program called ‘Music Development For The Youth’. His uncle introduced him to this program and he fell in love with hip-hop music after this and was inspired to pursue a career as a music producer. Dougie B is a well-known rap artist and a significant figure in the world of hip-hop. GEEKED, Kill Em With Kindness, EBK, and many other tracks are some of his most beloved. Throughout his career, he has worked alongside artists like Rick Ross, Meek Mill, G Herbo, Kodak Black, and Dave East.