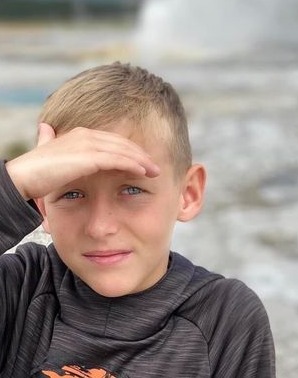 Drayke Hardman, a bullied student, takes his own life

Little Drayke Hardman took a drastic step and ended it all after being bullied by his classmates. In heartbreaking news that shook the internet, Drayke Hardman, a 12-year old boy decided to commit suicide after being bullied by a classmate over the last year. The whole internet is saddened by this news and is mourning the death of the childhood innocence that was lost in this incident. Thousands of people have come together online to raise awareness about bullying and how we can stop this horrible practice from further destroying more lives since the news broke out.

Drayke Hardman was a very sweet child and a very kind person as per his family. His family never expected that Drayke would have taken such a drastic measure so early in his life. His mother, Samie Hardman, told the media in an interview, “Drayke’s personality was all about people, he loved to make people laugh. He loved to do what he could to always make sure that somebody had a friend.” They are devastated by the loss of their child. His mother further stated, “I’m angry and I’m hurt and I’m broken, yet part of me just wants this bully to find peace. To be fixed. To not have any other kids fall.”

The family has since been raising awareness about bullying in local schools and online. They want the memory of Drayke Hardman to be the one that inspires people to talk up more about this issue and they are encouraging parents to have a talk with their children regarding the same.

What happened to Drayke Hardman?

On Monday, after returning from school, Drayke’s family noticed that he had a black eye. They tried to enquire about it but he did not tell anyone how he got it. He revealed later that night to his sister that he had gotten into a fight with his classmate leading to him getting beat up. On Wednesday, that same week, Drayke refused to attend his basketball practices. The family was confused but they did not think too much of it. That night, Drayke committed suicide. His sister found him and he was immediately taken to the hospital but it was too late by then.

I tried my best to make a video about this and just couldn’t. Drayke Hardman. #DoItForDrayke. 12-year old boy bullied at school for various reasons. Too small. Crooked front teeth. Drayke felt his only option was to leave this world. Speak up. Be loud. NO BULLYING. pic.twitter.com/QxYKeUnarS