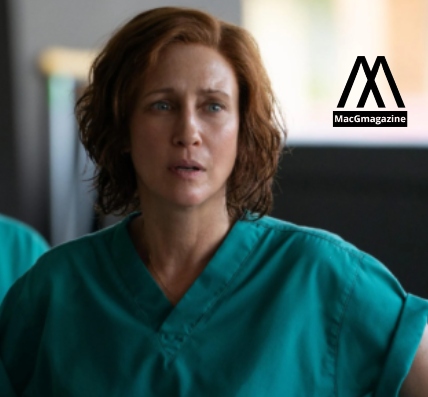 A new series on “five days at memorial” for Apple TV+ is a cinematic adaptation of 45 deaths after Hurricane Katrina. The hurricane brought a subsequent flood that filled in a building Housing Memorial medical center. Both the nurses were arrested in murder cases. 4 people after toxic life-threatening doses were given to them. the reports suggest that blood was filled with toxic elements. many bodies were found at the hospital and that caused a lot of suspicions. the fans are curious about the location of both the potential murderers.

Who are Cheri Landry and Lori Budo?

During the tragic time of Hurricane Katrina and the flood that followed the hurricane both the nurses, Lori and Cheri were given the duty of intensive care unit which is the most important part of the hospital.

there was a total of 45 deaths and all the bodies were sent for postmortem. 9 bodies had an excessive amount of morphine which led to the death of these victims. Budo, Landry, and Dr. Anna Pou were arrested in July 2006 and they were tried for second-degree murder for giving excessive and lethal amounts of morphine to the dead bodies. the detectives guessed that both the nurses were working for Dr. Anna Pou and they committed murders on the doctor’s order.

Budo was arrested from her house in front of her two teens and husband. Landry was caught by police when she was in another hospital nearby.

Nurses who worked with Chary and Lori were in support of their colleagues, they always found them kind and caring and they could not believe that both the nurses could do any such acts so to support their legal cases they started a fund for them to fight legal cases. The nurse’s families receive cash donations and monthly help to pay for food, clothes, and bills. the victim’s families also came forward to sue the nurses. the nurses wanted their charges to be dropped and the grand jury asked them to be present in court and testify their case without any lawyer.

Were Cheri Landy and Lori Budo sent to jail for murders?

Budo testified  that she was “unaware of the medical problems of the patients on the seventh floor or their DNR statuses, but they appeared to be dying.” She said, “I had given two of them injections of morphine and midazolam.”

Both the nurses were allowed to go scot-free and now they are working again in different hospitals.

Read More – Anne Heche is dead after crashing her BMW in a building, on life support with the hope of organ donation