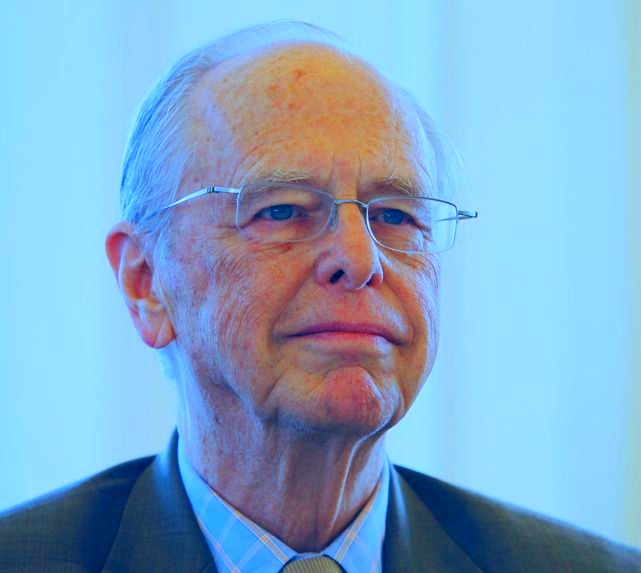 Edward “Ned” Johnson III, who built Fidelity Investments into a financial juggernaut and introduced millions of Americans to Wall Street, died on Wednesday. Mr. Johnson was 91 years old when he died. In a LinkedIn post on Thursday, Abigail Johnson, who succeeded her father as Fidelity’s chief executive in 2014 and chairman in 2016, said, “He passed away quietly at home in Florida surrounded by his family.” According to a Fidelity spokeswoman, Mr. Johnson died of natural causes in Wellington, Fla., where he lived full-time in recent years.

Fidelity is the first company to offer money marketing:

In the 1970s, Mr. Johnson acquired the well-known Boston firm from his father, just as investors were bracing for a bad market that would dampen enthusiasm for the market and the mutual funds Fidelity was selling. Mr. Johnson pushed Fidelity to reinvent itself through a succession of new businesses, while many competitors failed.

Fidelity was the first company to provide a money market fund that allowed clients to write checks against their investments. The business established a toll-free phone number and advertised it. (Mr. Johnson even contributed to the ad copywriting.) Fidelity established its discount brokerage, broadening its appeal to ordinary investors and expanding internationally. Fidelity also established the nation’s largest 401(k) business during Mr. Johnson’s leadership, assisting millions of people in saving for retirement.

In an internal memorial film prepared by Fidelity, Sanjiv Mirchandani, the former president of Fidelity Investments’ National Financial Services, said, “He was playing three-dimensional chess when other people were playing checkers.” “He planned many moves ahead and considered all of the variables, but he also knew that in a world of unpredictability and complexity, a true north, a compass, is essential.”

Who is Edward Ned Johnson?

Johnson was born in Boston at the start of the Great Depression and graduated from Harvard University in 1954. He began working for his father’s company in 1957 as a research analyst and rose through the ranks to become chairman and CEO after his father retired in 1976. According to the Bloomberg Billionaires Index, he generated a personal wealth of $13.6 billion during his time at Fidelity, which came from his 12 percent share in the business.

Johnson was also noted for his generosity and interest in the arts. He was a major benefactor to the Peabody Essex Museum in Salem, Massachusetts, and the Museum of Fine Arts in Boston, and a collector of old Japanese and Chinese art. Fidelity Charitable, the first national donor-advised fund, was founded by Johnson in 1991.

In a LinkedIn post, Abigail Johnson, who took over as the firm’s CEO in 2014, stated, “He loved his family, his coworkers, work, the stock market, art and antiques, tennis, skiing, sailing, history, and a good discussion.” “On almost any subject, he could be counted on to take the opposing viewpoint.” Johnson is survived by his wife Elizabeth (Lillie), his three children Abigail, Elizabeth, Edward, and their seven grandkids.