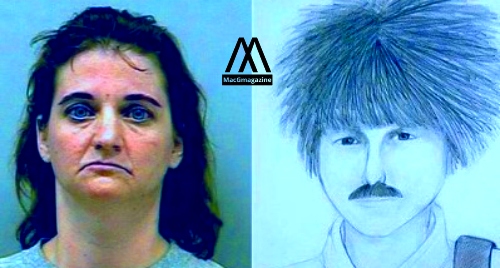 American monster is going to showcase the gruesome murder of Heather Strube.

Bill Thomas will direct the show and bruce Kennedy will narrate the show. the show features dangerous murderers who live among us.

the show will feature unseen footage and evidence which was never been seen before.

Before you see the American monster episode you should have a heads up about the murder of Heather Strube.

Who was heather, Strube? how was she murdered?

Heather Strube was an important employee in the wedding industry. She was a single mother who worked to feed her child. She was married to Steven Strube and soon the couple had their first son, Carlson.

But the love story did not last long. in 4 years the couple did not want to live with each other and they filed for divorce, soon they wanted custody of Carlson. they also fought a case but steven got custody of his son after the murder of his wife. Steven took Carlson to his home which he shared with his girlfriend and mother.

Heather had to take her son to see his father and she was with Carlson when the attack took place. her son was restrained in the back seat and the murderer took the life of his mother when he shot her with bullets. She was shot in the forehead like she was a target.

The murderer was a short man with khaki pants and a shirt. the eyewitness shared this information on 911.

the suspect was sporting a mustache and had black hair. after the eyewitnesses met the drawing artist for the police department a sketch was made for the same. police concluded that the murder was possible by a personal grudge and not carjacking and intent to loot.

steven was initially suspect but there was a parking video in which he can be seen leaving the parking area so he was exonerated immediately.

the murder was actually done by her mother-in-law. she did not like her and did not want her to raise Carlson. Joanna Hayes bought a wig and fake mustache which was later discovered in the trunk of her car.

her ex-husband also confirmed that she had the same gun that was used in the murder. the weapon was never found but the jury has taken the decision of sentencing her.