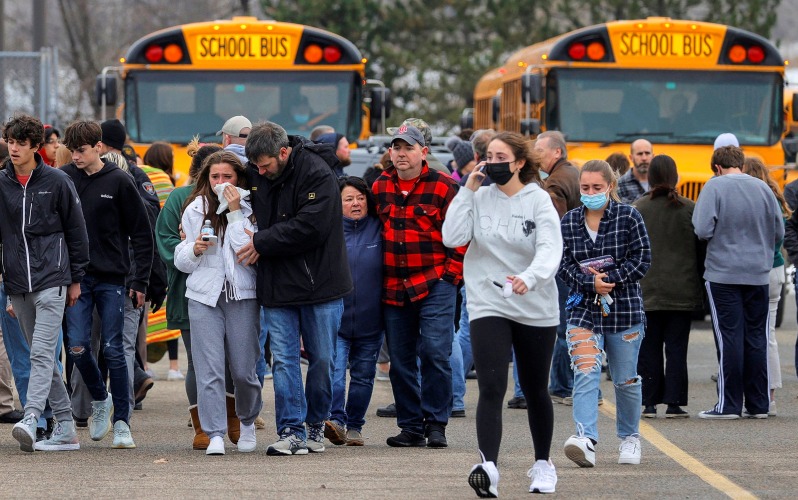 America has been facing school shootings for a while now and seems like the unfortunate incidents are not stopping anytime soon now. In a recent incident, 2 teenage girls were injured and 1 teenage student has passed away in what police have described being a drive-by shooting. Jose David Lopez, a the 15 years old boy, was murdered by a gunshot that came from a car passing in front of the high school, according to authorities. Two more adolescent girls, one aged 16 and the other aged 18 were shot at and are in serious condition.

What happened in Iowa school?

Officials claimed gunshots from what looked to be a driving car impacted students outside of an Iowa school on Monday, killing one student and badly injuring two more. Possible suspects in the incident on the campus of East High School, in Des Moines’ downtown, around a half kilometer from the Capitol, have indeed been apprehended, according to Des Moines authorities.

The campus was instantly put on lockdown, according to the administration, and pupils remained held inside as police were investigating. After local police gave the all-clear, they were released at 3:30 P.M.

Who shot the students?

Per a Des Moines Law Enforcement representative, the boy who died, Jose David Lopez, was the primary target of the shooting, but the two girls were not. Several gunmen and several cars were involved in the firing, according to authorities. Octavio Lopez, 17; Nyang Chamdual, 14; Manuel Buezo, 16; Romero Perdomo, 16; Alex Perdomo, 15; and Henry Valladares-Amaya, 17 are the six youths accused in adult criminal court with first-degree homicide and three charges of attempted homicide.

The first-degree homicide charges are brought in adult court, according to the authorities. The negligent homicide charges will be filed depending on the defendant’s age. Manslaughter charges against defendants 16 and older would be submitted in adult criminal court, while accusations against suspects less than 16 will be handled in juvenile court at first.