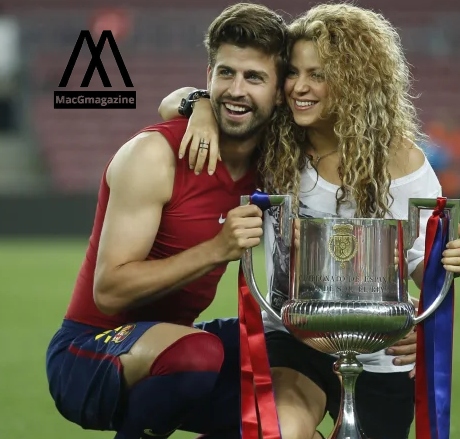 Only after 3 months of breaking up with Shakira, The sportsman has made his relationship public with his new girlfriend Clara Chia Marti. Clara Chia Marti is a student and the  FC Barcelona Spanish soccer star who was in a relationship with Global singer Shakira for 12 years.

When did Gerard Piqué and Clara Chia Marti make their relationship official?

Someone took a picture of Gerard and Clara having intimate moments in the stands at the Summerfest Cerdanya festival in Catalonia, Spain, on August 19.

The pictures were first shared by outlet socialite.  The new couple was enjoying their time when they were witnessing a performance by artist Dani Martin. This is a common sight in concerts some journalists must be stalking the couple.

Clara chia Marti’s career, is she a student?

Clara works for Gerard’s movie and TV production company, Kosmos, working on special events. She is also learning to study public relations. The news was broke out on 19th august first. On the cosmos website, it is seen clearly that the founder, CEO, & president, as well as chairman of the board of directors all the roles, are currently occupied by Gerard.

Clara likes to keep her life private and she has a private Instagram account and she follows close to 21 people.

There is a fan page of the lady and there are a lot of personal pictures of the blondie. it is said that she has approved the page and someone from her team takes care of the page. Her fan page follows 108 handles and the most prominent of them are cosmos and Gerard.

The age difference between the new couple:

It is obsession with many people that the age gap bothers them but at the same time, they keep boasting about personal space, choice, and consent. this is a clear case of someone else’s choice being seen as degrading and perverse. Gerard is 35 and his young love is 23 years old so they are biologically adult and it happened between them so why are people offended on social media? Many new users are created to upset the new couple. it is completely normal for an older man to have a younger woman. the young woman also chose to be with him but people with certain agendas will always try to ruin the beautiful relationship of someone else. They want to shame men into giving up their biological preferences