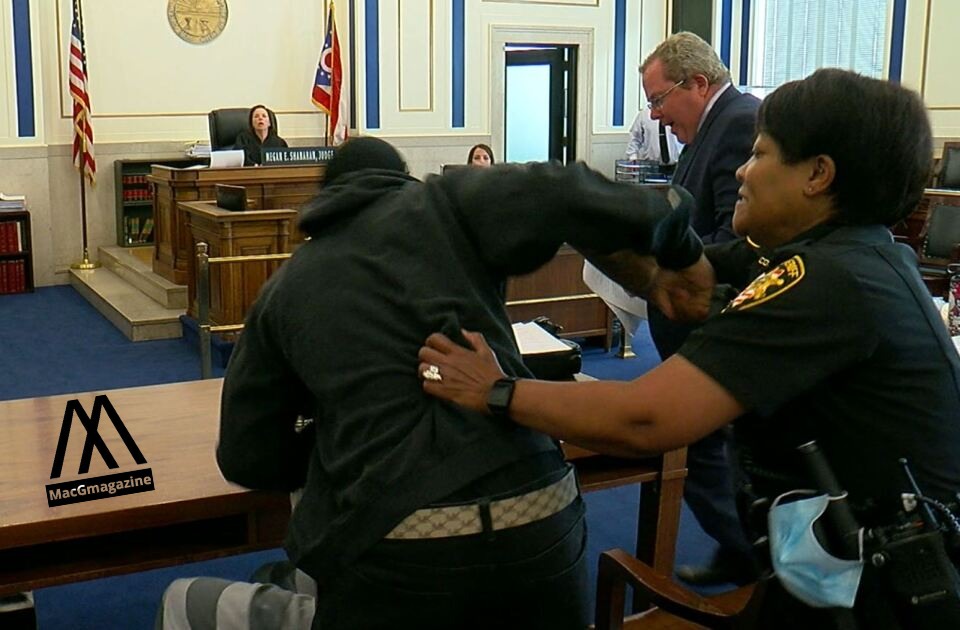 The person accused of lethally attacking a lady and drowning her 3-year-old son in the Ohio river was attacked by the victim’s relative in the trial Thursday morning.

Desean Brown is a young man who is accused of the murder of Nylo Lattimore and Nyteisha Lattimore. Police have gathered a video confession of the accused, the court has to make a decision on accepting it as evidence. The accused was presented in court for the same.

just before courtroom proceedings had to begin, Tonio Hughes father of 3 years old jumped the table and punched the accused in the face.

Police have evidence that the woman was in a relationship with the accused and over some dispute they had a grudge and the accused killed her and threw her child in the river.

Brown planned to kill his girlfriend for months:

Police said Brown was waiting for months to kill her and he used a knife to kill her in a Walnut Hills apartment around Dec. 5.

Brown bought Carry bags from eBay. He let the body rot for days and later took her body away in an Uber. He lied to the driver that the bag was just clothed and he left him on the river.

Police believe that brown dumped his girlfriend’s body in a river at midnight which occurred near the purple people bridge the next day.

Cincinnati police confirmed that Nylo’s dead body was found in a blanket and stroller.

brown was arrested the very same day and his trial has to take place in August.