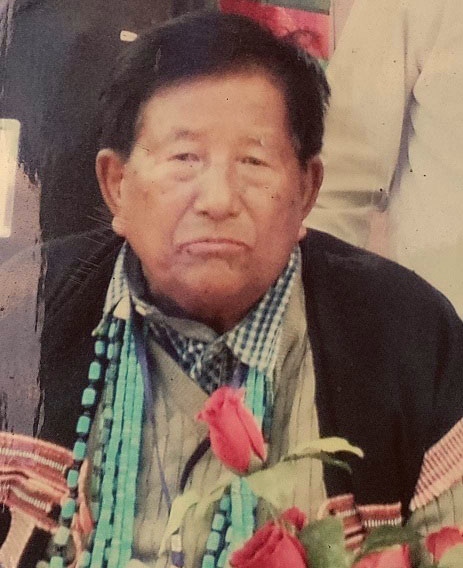 On Sunday, Obyak Ering, a president of the Pasighat Market Association President and a high-profile personality, died. In the afternoon, obyak passed away at his residence. When he died, he was 88 years old. He was well known for his personality and contribution to his socio-culture development.

Know about the Obyak Ering-

On Sunday afternoon, he died. He was well known for his socio-cultural development and in that good contribution to Adi society in particular, and his vast attachment to the century-old town Pasighat with many peoples from all walks of life. He is living with his two sons and four daughters, and also there are many grandchildren. Union Deputy Minister for Agriculture was the brother of Late Dr. Daying Ering.

He was the first president of the Arunachal Pradesh congress, and he served as a secretary of the Bogum Bokang. He was also in some of the social organizations that benefit humanity. In the year 1933, Obyak Ering was born. In the East Siang district, he was born in the Roing village of Pasighat. Late Padi Ering was his father, and his mother was the late Susok Ering.

Know what was said by the pasighat MLA-

The pasighat west MLA, Dr. Daying Ering, said that the whole Ering family is heartbroken and saddened by this incident as they lost one of the head members of the family. After Obyak Ering died, everyone was in shock. And the son said that after we lose our fathers, we all will be looked at by the uncle, and we had become an orphan again now told by his son and said may his soul rest in the piece.

I am deeply saddened to know the demise of Shri Obyak Ering who was highly respected figure not only in Pasighat but the whole of undivided Siang.

May his eternal soul rest in peace. pic.twitter.com/6rZjSUB7Bj