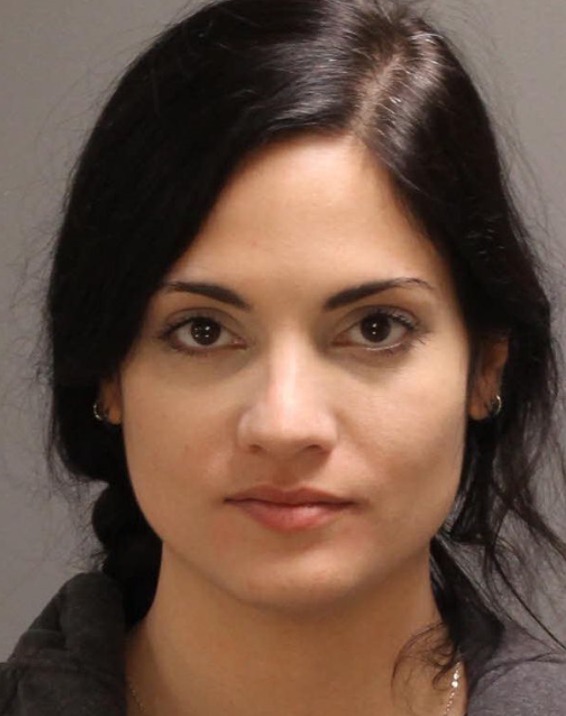 A former Philadelphia teacher named Barbara Corbo, 30, was charged with inappropriate behavior and sexual assault, sexual abuse against minors, and child abuse last month. Barbara Corbo was employed at Mercy Career and Technical High School in August 2021. She taught English and Social Studies to the students. On February 9th, the authorities acted and arrested the accused.

According to the Philadelphia Police Department, Corbo was arrested on Wednesday, Feb. 9, 2022, over the incident that allegedly occurred on December 11, 2021, in Philadelphia. The teacher engaged in sexual acts with her then 17-year-old student in the car near Kelly Drive. The school authorities were contacted by the victim on January 18th, 2022, who reported the incident and what Barbara did in the brave act of holding her accountable for her crimes.

“Members of the Mercy Career & Technical High School Community: Regretfully, we write to share the difficult news that an English/Social Studies teacher at our school was arrested earlier today on criminal charges for engaging in inappropriate sexual contact with a student. The reported conduct constitutes a gross violation of the ethical and moral responsibilities and commitments of an educator and is a violation of school policy. We learned about this matter on Tuesday, January 18th, when a student reported to the school that Ms. Barbara Corbo engaged in inappropriate sexual contact with the student at a location outside of school. On the same day, we immediately terminated her employment, restricted her ability to communicate with students, and reported the conduct to local law enforcement and child protective services. Ms. Corbo was hired by Mercy Career & Technical High School in August 2021.

As part of that process, she submitted clear criminal background checks, child abuse clearances, professional references, and a copy of her Commonwealth of Pennsylvania Professional Certificate. These careful screening practices are standard for all hires. This academic year, she taught three sections of English for eleventh graders and two sections of Social Studies for tenth graders. We have made arrangements to cover those courses for the remainder of the year. Under Pennsylvania state law and our rigorous child protection policies, we reported the conduct to the Philadelphia Police Department, the Philadelphia Department of Human Services, the Pennsylvania Department of

Human Services (ChildLine), and the Pennsylvania Department of Education. We have also reported the conduct to the Archdiocese of Philadelphia’s Office of Investigations. We have shared available information with law enforcement. We were requested to delay the timing of this important letter to our community until after the anticipated arrest so that it would not interfere with the integrity of the law enforcement investigation. We encourage anyone with relevant information about this matter to contact Detective Joseph Jenkins, Special Victims Unit (215-685- 3264, [email protected]), and anyone with concerns about suspected abuse of a minor to contact ChildLine (800-932-0313 or through the website).

Our primary concern is for the student who courageously came forward and we will provide any emotional and academic support the student may need. As you speak with your children about this matter, please encourage them to support the privacy of the student involved, refrain from conjecture or speculation, and demonstrate compassion and empathy. As a Catholic school in the Mercy tradition, the welfare of all the young people entrusted in our care remains our focus. We will employ our own school counseling staff and outside resources to respond to the needs and concerns of all students.

“The local news contacted the parents about this incident. “It really came close to home, and I always talk to my grandchildren and tell them about to speak up and tell. Let them know what’s appropriate and inappropriate,” said one parent, Vendetta Sample.

In a phone interview with Law & Crime, a representative for the Philadelphia Police Department stated that the press statement was purposefully brief. Because of the nature of the charges, he argued that the arrest and allegation were purposely imprecise. Because the alleged victim is a minor, and the police reaction is based on special victim reporting. If found guilty, Corbo faces a maximum of 10 years in prison and a $25,000 fine as per the Philidelphia Statutory and Institutional Sexual Assault laws.