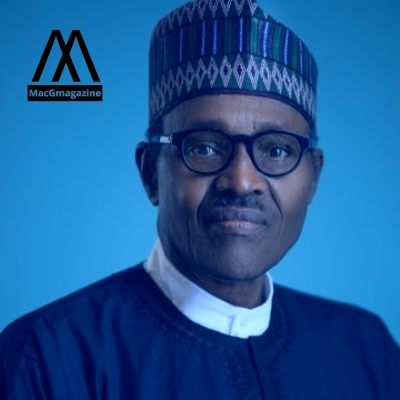 The top leadership of the senate and Army chiefs are trying their best to save Muhammad Buhari.

The deadline of six weeks is coming close on Muhammad Buhari. This is the second-week signatures are currently gathered.

There are many senior leaders who will be also slaughtered if Buhari goes. Members of the national assembly particularly those who do not want to see Buhari as their leader are currently planning everything to bring Buhari down.

Buhari impeachment notice is coming close so is Anarchy:

The President of the Senate, Ahmad Lawan, understands this is a sensitive time and he has asked security chiefs to take all measures possible. the leader of the senate called all the security chiefs because anarchy is about to prevail and the intelligence agencies must keep a close eye to save the country from going downhill.

Impeachment possibility is real and that might cause chaos in the country and the senate leader wants an internal and external threat to be eliminated in less than 5 weeks’ time. this is very crucial for the country and Buhari.

“But even before then, we have had several discussions over the security situation.

“Let me say, this Senate particularly and indeed even the previous sessions of the National Assembly generally, have shown serious commitment and partnership with the executive arm of government.

“As far as I can remember, there has never been an administration in this country, especially since the Fourth Republic started in 1999, that invested so many resources in the security of this country like this present administration.

“I have no doubt about it. I am a participant. To a very large extent, I can say that none. We believe that as a National Assembly, we have always met this Executive at the right position, at the right time, most especially when it concerns investment in the security of life and property in Nigeria.

“And the security situation of any country cannot be one hundred percent satisfactory but of course, there is a level at which no country can be comfortable with insecurity.

“I believe that all security agencies and armed forces have been doing their best but apparently we have to do more to achieve what we desire to achieve.

“There are, of course, several arguments whether the resources available to our Armed forces and our security agencies are enough or not. Definitely not enough. I don’t know of any country where there is enough really. But even within the scarcity that we have, this administration and this Senate and National Assembly have always prioritized the security of our country.

“This particular session of the interaction between us is to look into where we are today and probably this current position where we are is most frightening because it is like there is nowhere to hide, nowhere to go. Insecurity is everywhere and especially if it is coming to the point of dislocating the security situation where the government is quartered. We will really review and see what more we have to do and how differently we have to do.

“Our population is largely peasant. Most of our people are in the rural areas and they live their lives by going to farms. We all know this. In many parts of the country today, that is a herculean task.

“My belief is that we can do better to secure the rural areas. The so-called ungoverned space. At least for our population who go to farms to earn their living, “ Lawan said.

Read More – Are you aware of what happened to Yuriana Castillo Torres? her fiance Chino Antrax murders her and he is arrested