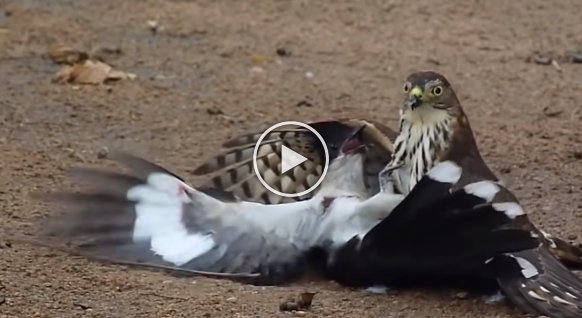 About the viral video:

We see a lot of wonderful videos on social media that go crazy viral, and now we have one for you that you haven’t seen before. A Hawk tries to kill a Cuckoo Bird in this video. A hawk can be seen attacking Cuckoo Bird in order to track it down and catching it. The bird attempts desperately to break free from the hawk’s grasp, but the hawk hits it with its beak and sits on top of it, forcing it down.

Netizen’s reaction on the viral video:

This footage, which has gone viral on social media, was published on the YouTube channel ‘Latest Sightings,’ and has already been viewed by over 30 million people. Cuckoo Bird is unable to escape herself from Hawk’s clutches in this horrific video, and as a result, it becomes Hawk’s victim. Netizens are reacting to this video in a variety of ways. “I particularly admire the hawk’s method when he stands on his prey and exerts almost no effort while his victim expends the majority of its energy attempting to flee,” one user remarked. “The hawk most likely observed the cuckoo messing around with its nest so it’s giving the cuckoo a lesson,” expressed the other viewer.