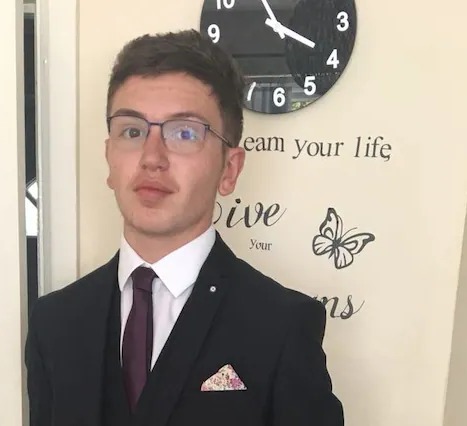 Who killed Yousef Makki, and what happened to the student

Joshua Molnar, a friend of Yousef Makki, assassinated him. Despite being friends, they came from completely different backgrounds. Yousef came from a poor Burnage family. Molnar, the well-educated son of wealthy Hale parents, stabbed him in the heart on a green lane in affluent Hale Barns on March 2, 2019. They were both 17 years old. Molnar, now 20, was acquitted of murder and manslaughter during a trial later in 2019, claiming self-defense to the jury. He was found not guilty by a unanimous jury. Still, he was sentenced to a 16-month detention and training order after confessing to having the knife that caused the fatal injury and lying to authorities.

Three years later, “the family still has doubts about how and why he died,” according to the documentary summary. The coroner recorded a narrative finding following Makki’s death in November 2021, noting, “Yousef died from complications of a stab wound to the chest.” According to ITV, the Makki family is pursuing a judicial review of the coroner’s inconclusive verdict. Joshua Molnar was cleared of murder and manslaughter in the court case that followed Makki’s death. Perverting the course of justice was deemed to be his crime. According to the Guardian, Adam Chowdhary was acquitted of perverting the course of justice. Chowdhary claims he didn’t spot the stabbing since he was walking behind Makki and Molnar at the time.

Who was Yousef Makki?

Makki was a working-class single-parent youngster from Burnage, Manchester, who won a scholarship to Manchester Grammar School, where the annual fees are £13,380. Makki’s mother saved and scrimped to afford his $1,000 uniform. Makki met Adam Chowdhary at school, and he was also present on the night he was stabbed by Joshua Molnar, a mutual friend, and public schoolboy.

What happened on the night Yousef Makki was killed?

On the day Makki was killed, Makki, Molnar, and Chowdhary were all present. According to court testimony, the three had gathered at an underground supermarket car park when Chowdhary and Makki showed Molnar the blades they had purchased during school vacation. The three youngsters then proceeded to a country lane near Manchester Airport, where Chowdhary had arranged for a cannabis transaction. However, Molnar was battered at the sale by two of the claimed dealer’s associates, and Molnar accused Chowdhary and Makki of doing nothing while being assaulted.

According to Molnar, Makki pulled out his knife, prompting Molnar to bring out his weapon and stab his friend. According to an inquest, Makki died of a 12cm stab wound to the chest that pierced his heart, inflicting catastrophic injuries. As Makki lay dying, Chowdhary and Molnar hid the knives in a bush and flushed them down a drain, then dialed 999 while trying to staunch the flow of blood from Makki’s chest with a t-shirt.

Read Also – Yvan Colonna passed away after the borstal attack