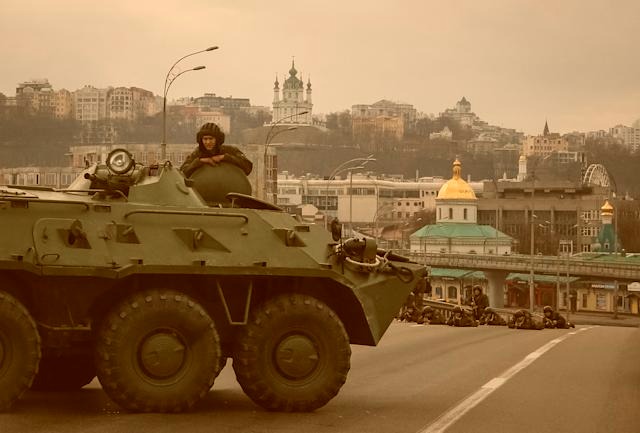 The horrible war has claimed a lot of casualties from both sides and is still going strong as of now.

Hundreds of people have been killed in Russia’s invasion, according to Ukraine, with the battle raging across the nation and Russian forces marching on Kyiv, the capital of Ukraine. The Russian army has launched rockets targeting military offices, ports, and army stockpiles, according to Ukraine’s deputy interior minister. When Russia’s President Vladimir Putin approved a military operation against Ukraine, Russian soldiers launched missiles against various cities in Ukraine. Over 40 Ukrainian soldiers and 50 Russian soldiers have been killed so far in the conflict. The missile strike reportedly murdered 18 citizens in Odessa, Ukraine.

On Thursday night, Ukraine’s leader announced that 137 people had been killed and 316 injured. This past week, Russia had begun the all ground, aerial, and naval assault of Ukraine, the largest single-state offensive in the European continent since World War II. The airstrikes started on Thursday when Russian President Vladimir Putin declared that a “special military operation” had been sanctioned in a televised speech. The decision came after Moscow acknowledged rebel-held areas in Luhansk and Donetsk and said that they had requested its “assistance.”

President of Ukraine,  Volodymyr Zelenskyy, imposed martial law and urged global powers to apply all conceivable sanctions against Russia, particularly on Putin, whom he claimed was trying to dismantle the Ukrainian state. Putin defended the assault as a “special military operation” to protect individuals, including Russian citizens who were projected to “genocide” by the Ukrainians, an allegation the West has always dismissed as nonsense. “And for this, we will strive for the demilitarisation and denazification of Ukraine. Russia cannot feel safe, develop, and exist with a constant threat emanating from the territory of modern Ukraine,” Putin said in his official televised speech.